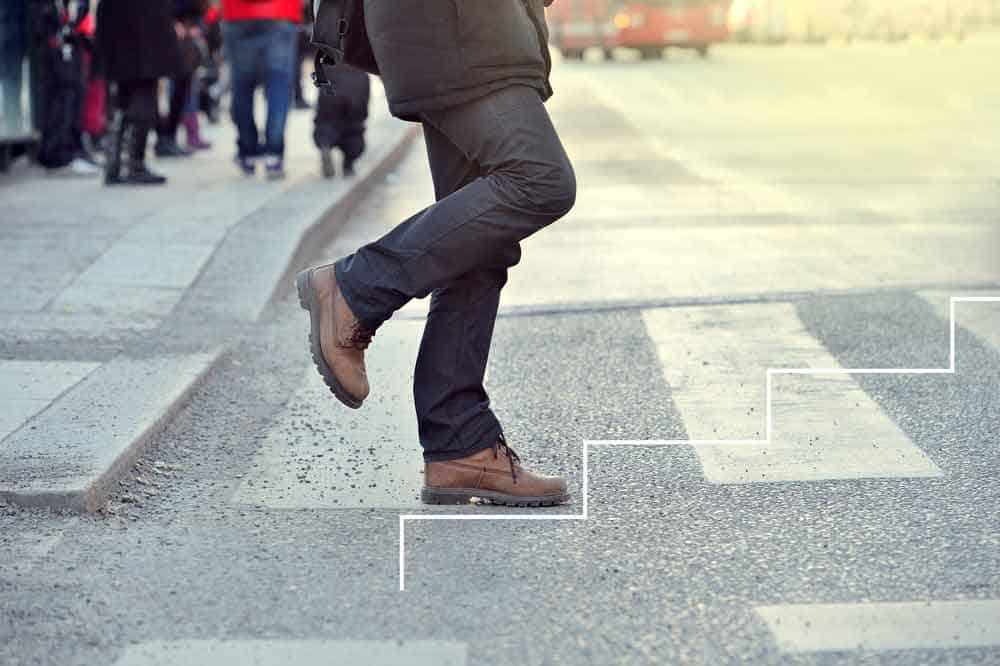 For years, companies have struggled to consolidate, virtualize and automate, but the days of traditional IT are coming to an end. SAP customers need flexible and highly automated IT infrastructure that allows them to ‘command their own airspace’. The answer lies in hyperconverged infrastructure from Lenovo and Nutanix. The complete special is available as a PDF at the bottom of the page.

Considering the SAP community’s success in recent years, adoption of hyperconverged infrastructure appears to be the logical next step.

The simple reason is that technically, organizationally and in business-management terms, many established SAP customers have indeed always pursued the option of using their own datacenter or managed services.

A lot of knowledge and experience emerged through this – which begs to be leveraged. This may sound like evolution but analyst Carlo Velten of Crisp Research has a warning: “Against the background of digitalization, what we see in companies is a management reorientation.”

The analyst continues,”Even market leaders recognize the need to be faster and more agile. And then users have to recognize that their company’s own business processes, own infrastructure and also their IT resources cannot keep up with the pace of that transition.“ Know-how from the past thus needs to be carefully examined in light of applicability.

The foundations of the current SAP status quo are the paradigms of 10 to 15 years ago. The ERP/ECC-6.0 architecture is complex, multilayered, and built up using many technologies from various providers. This makes the current architecture technologically and organizationally complex.

“Meeting this complexity is not in harmony with the current challenges, such as how to introduce new and agile business processes, new digital processes and new products“, Velten explains.

“What we have learned so far is that it’s not enough to conduct a few workshops on design thinking. Because when things really get serious with digital transformation, what you need is data from the big back-end systems – i.e. data from the SAP systems.“

Additionally, the time comes when the manager responsible for SAP must justify the infrastructure that is used. In this context Carlo Velten asks, “Is this foundation structured in a way that can deal with the requirements my company faces?“. He then answers his own question: “In many cases the SAP infrastructure will not be able to react in a suitably agile and fast way, in real-time. And if, as CIO, I perhaps cannot do it personally or know how it’s done, then maybe I will put SAP operations out to an external organization.“

Using managed services or cloud computing, the CIO then no longer needs to ask himself many questions regarding agility. However, it’s not just the business requirements that matter, and the analyst raises the question of whether an organization’s current ERP infrastructure can also meet these added requirements.

Carlo Velten explains it like this: lots of chief executives take the view that they need not take an interest in IT. The answer heard in many cases is, “We need to act quickly with our business processes and the IT follows on afterwards“.

The pressure on those responsible for infrastructure is formidably high because many current SAP systems and subsequent changes constitute a huge block of costs, as Velten knows from his own research.

Orientation in infrastructure and licenses

For Roland Goll of Lenovo, the art lies in knowing where and when to begin their transformation. So where do you start with hyperconverged infrastructure?

Bas Raayman of Nutanix confirms, “You can clearly see that SAP customers are looking for a sense of direction – with regard to infrastructure, licenses, etc. Perhaps not even willing to change something straightaway – but what do I need in two years, what are the challenges then? Naturally, users then turn to tried-and-tested suppliers such as Lenovo.”

He adds,”What will the customers’ future business strategy then look like? Therefore we are already working in the present on what the state of play will be in two years’ time and what the user wants to do then. Obviously, really assessing what is coming two years from now is difficult. The hyperconverged approach allows customers to adjust, learn, and grow to align with future needs.“

According to analyst Carlo Velten, the challenge to users is not only to find their own path for the next two or ten years but also to take into account what SAP is planning. “So you have to deal with two dimensions“, Velten explains. “SAP is very clear about this – cloud is the strategy.

Cloud means making things available in a scalable, flexible and fast way. This means that the SAP manager must consider what his own management wants in context of what SAP wants.

The analyst sees the future ahead like this, “SAP is taking the cloud direction. In two years, at the most, an IT manager will have to prove the same level of performance and agility is available with the company’s own IT architecture as SAP offers with its cloud model. The CIO is competing with the SAP Cloud.“

To summarize this means, that in the future the CIO should make SAP and other services available using a hyperconverged infrastructure, as if they were coming from the SAP cloud. Alexander Thoma and Bas Raayman confirm that ultimately the user is looking for these specific characteristics.

The question of where the operation is taking place is less interesting – whether at SAP, at Amazon, or in a bi-modal arrangement. “My application must run“, Raayman demands, “terming this delivery model as ‘Invisible Infrastructure’.”

“Invisible doesn’t mean that I have no hardware“, Thoma adds. “I need hardware that makes the new concepts possible, which is definitely the case with Lenovo. The structure must have certain characteristics – as flexible, secure and agile as possible. I select a platform that provides these characteristics and cooperations, like that of Lenovo and Nutanix, built around a key concept like this.“

As Roland Goll of Lenovo sees it, what the CIO responsible for SAP must consider: What can and should be outsourced? After all, cost is usually a big factor for various cloud models. What does that mean for the current SAP infrastructure though?

Bas Raayman of Nutanix notes, “Of course, you have to have trust in the cloud technology.“ Bi-modal also means positioning innovative solutions outwards, to the external world, but internally it means acting relatively conservatively.

What seems suitable is a combination of cloud and hyperconverged. “But make sure that you get going“ is what Raayman urges in the Lenovo/Nutanix discussion. Again, Alexander Thoma specifies,

“Workloads are shifted into the cloud because they can be made available quickly. The Nutanix Enterprise Cloud platform reduces the complexity and also ensures that data is provided quickly.“

The Nutanix alternative offers all cloud related advantages but in the controlled environment of the user’s own datacenter or as a managed service.

As Thoma puts it, the Enterprise Cloud platform of Nutanix delivers the agility, scalability and simplicity of the public cloud, without sacrificing the predictability, security and control of on-premises infrastructure – this is why the concept of the platform is so important. Likewise, Roland Goll sees a current focus on IT agility and on halting the rise of IT costs.

Similarly, Carlo Velten recommends using automation to reduce the complexity at the foundation because a large part of the complexity is attributable to the infrastructure.

“At the moment we’re still swimming in a pool of money“, the analyst remarks with a knowing wink. However, the infrastructure budgets place a burden on the CIO. “Prepare for less resources“, is thus what the Crisp Research analyst recommends.

The CIO responsible for SAP needs to get ready for a future wave of cost-saving requirements. Subsequently, pressure on the SAP systems will increase. Bas Raayman notes, “Perhaps back-end complexity will never go away but in the future the complexity must be better organized and managed.

Necessary planning and logic will not disappear but the aim is to make the complexity invisible.“ Alexander Thoma of Nutanix sees opportunity as businesses plan resources through the paradigm of hyperconverged infrastructure.

For that, Jannes Driesch emphasizes that the CIO has an outstandingly suitable partner – the team of Lenovo and Nutanix. A single contact for the combination of hyperconverged infrastructure and cloud computing.

Alexander Thoma continues, “We make it easier for users to operate their own datacenter without having a cost disadvantage in relation to outsourcers and cloud technology.“

Roland Goll, “Infrastructure must function – that’s the task of Nutanix and Lenovo. We make the complexity invisible.“