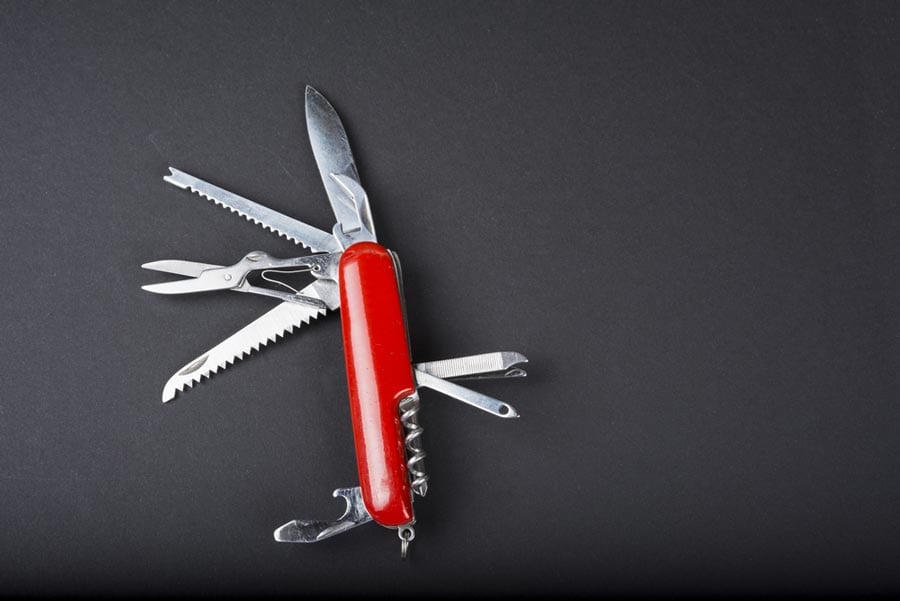 The SAP Solution Manager is simultaneously loved and hated. For ERP/ECC 6.0 and partly S/4, SAP‘s coercive measure is comparable to a 'Swiss army knife‘. However, the universally usable IT tool is not enough.

SAP didn’t invent it. Before the SAP Solution Manager (SolMan) existed countless IT tools which could monitor and control a complex software installation like ERP.

However, under the wise and foresighted management of former SAP executive Gerd Oswald, a tool box was created. At first, it was a free and optional offer for existing SAP customers – after a while, it became mandatory.

SAP was learning fast and SolMan improved year after year. However, the acceptance of the community was only growing marginally.

Why is that? Existing SAP customers who were in need of a powerful IT administration and monitoring program had already acquired one from IBM, HP or any other software company years prior. Many existing customers also knew how to ‘manually‘ manage their R/3 systems and got what they needed out of SAP’s service market.

From optional to mandatory

At first, SAP could not force their customers to use SolMan because the range of features was faulty and incomplete. However, Gerd Oswald and his team worked tirelessly until one day, it was absolutely certain that SolMan would now be obligatory.

The outrage in the SAP community was enormous as well as understandable, because this obligation of using SolMan was tied to high costs. Of course, SolMan was still free of charge, but training courses, the development of a new IT infrastructure and the adaptation of basic processes cost customers a lot of money.

Additionally, every know-how of competing products was deemed worthless because SolMan was now mandatory.

The Solution Mananager finally arrived in the SAP community. The initial outrage has quieted down. Now, a lot of existing SAP customers have recognized the advantages of SolMan, and even in the E-3 community there was a lot of praise for the Solution Manager.

But SAP’s SolMan is not enough, is it? Well, for monitoring and administering an on-premise ERP system, SolMan is indeed good enough. However, SAP systems and offers are still in development.

At the beginning of this year, a multi-cloud concept was presented which expands the data streams from a SAP Cloud Platform (SCP) to Amazon, Google and Microsoft cloud platforms. In the past years, SAP has taken over a lot of IT companies and is beginning to consolidate its software offer. Hybris and other acquisitions are merging into the new CRM system C/4 based on the in-memory data base Hana, SuccessFactors could become the new universal HCM system for the cloud… the list of consolidations, plans and projects could go on endlessly.

What is missing, however, is a ‘Swiss army knife‘ for all of these on-premise and cloud platforms. What is missing, therefore, is a SolMan for Hybris, SuccessFactors, Concur, Fieldglass, etc.

Virtually no existing SAP customer is operating ERP/ECC 6.0 or S/4 on its own. If not wired to legacy IT through NetWeaver, then the ERP base is at least connected to other software components of SAP.

It is precisely here that unsolvable problems for SolMan arise. A system copy in a ECC 6.0 system is no problem. Who is doing the same job for SAP component Hybris, however?

On the one hand, for existing SAP customers, the combination of ERP, CRM and Hybris is nothing special anymore. SolMan, on the other hand, only works for ‘old‘ ERP bases, makes the CCoE manager happy and drives the Hybris consultant mad.

Multi-cloud with SCP, Amazon, Google and Microsoft is just the beginning. Production sites worldwide with millions of IoT sensors which send their data through hundreds of cloud data bases to SAP Leonardo are as invisible to SolMan as blockchains in S/4 logistics.

No IT subject is out of reach for SAP at the moment. The leading ERP system provider tries to be involved everywhere – except in the development of their own SAP base which only has a nearsighted SolMan at its disposal.

Maybe existing SAP customers do not even need system copy for Hybris or a management software for multi-cloud in the future. Maybe all they need is trust. Trust that now, instead of SolMan, Leonardo will solve all of their problems.