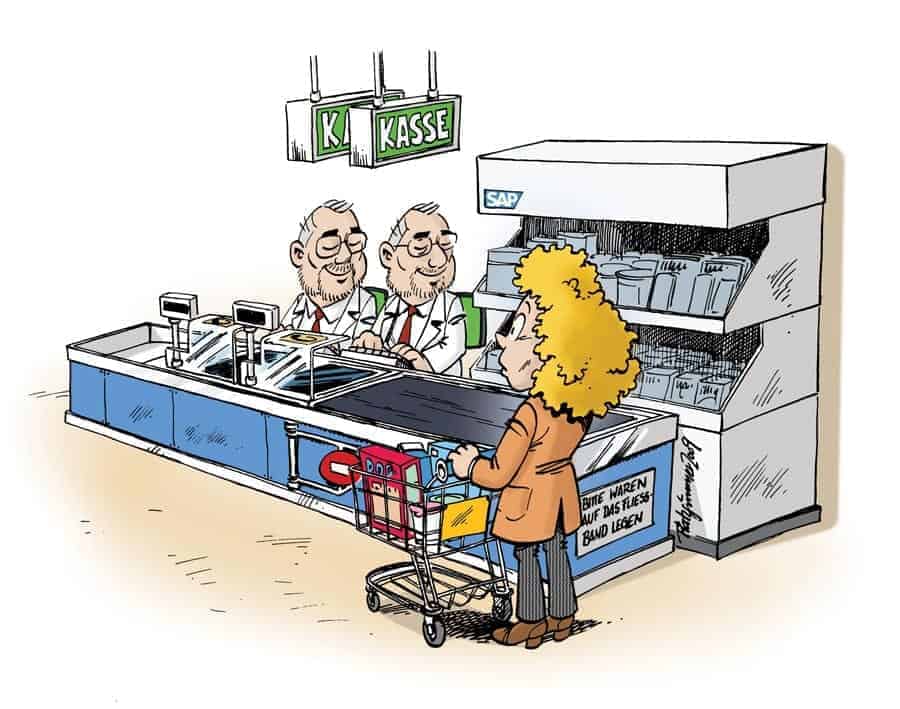 The principle of charging customers more than once was put into place by McDermott’s predecessor Léo Apotheker. In his short-lived profession as CEO, he proved himself to be a genius salesman and revenue generator.

Exactly like his predecessor Léo Apotheker, Bill McDermott, CEO of SAP, is a genius salesman. Revenue is the only thing that counts. Everyone in the SAP realm has to contribute their share.

Board meetings are planning discussions with the goal to create even more revenue. Strategic product developments are discarded and shut down, sometimes against the will of Bernd Leukert, CTO of SAP. Products that are not ready yet are forced into the market. If something promises additional licenses and maintenance fees, it is the number one priority.

With simple tricks, SAP is trying to charge for single services more than once! Best known example is the so-called Indirect Access.

A quick explanation for the licensing layman: The moment that a paid for and installed IT-system is not used exactly like manufacturers envisioned it, an additional licensing payment – as a kind of “punishment fee“ – will be demanded. The SAP system is indirectly used in a “prohibited“ way, and that means direct licensing payments for Indirect Access.

In confidential discussions, it was admitted that this is a random definition of access. Its only goal is to generate more revenue through charging customers more than once.

Ultimately, existing SAP customers are expected to pay again for software they already bought, because SAP believes said software was not used rule-consistently. It’s worth noting that SAP changes the corresponding rules almost every year.

However, SAP is not only charging twice for Indirect Access. For existing SAP customers, a different license workflow means an increasingly restricted range of functions. In the end and more often than not, the product can’t even provide the service it was customized for. Consequently, expensive add-ons have to be bought by customers and licensed by SAP.

Alternatively, SAP just removes a line of products from its price list without a replacement and the existing customer has to get new licenses for a similar product. For the user, the range of functions stays nearly the same, but SAP is able to cash in on licensing payments twice.

Anyone doubting the truth of these statements just has to look at the balance sum and the stock price to verify them. SAP is growing steadily and the stock price is, too, even though SAP operates in a more or less saturated market. Where is this revenue coming from, if not from SAP’s licensing tricks?