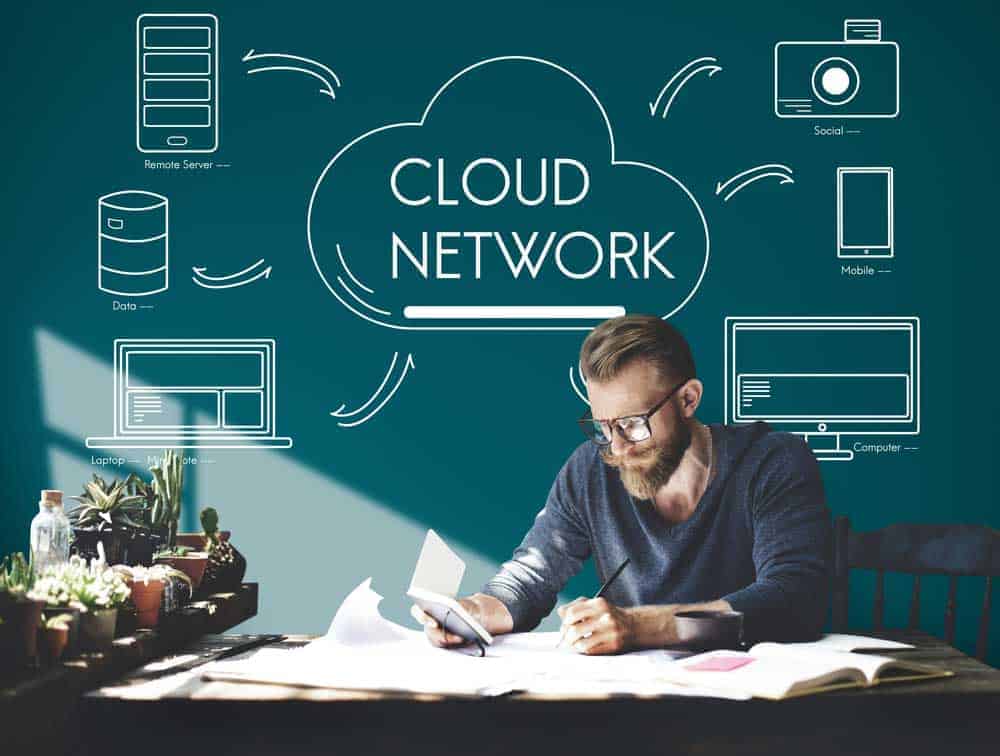 Having overcome some difficulties, cloud computing has by now established itself, in Germany as elsewhere. Increasingly, the hybrid cloud is proving to be a model for the future. Dell can offer a broad portfolio of infrastructure, software and services to meet the needs.

For a long time cloud computing struggled in Germany. After the cloud idea went public around 2006, the new – and thoroughly revolutionary – IT concept was widely discussed and tested, but few indeed dared to take the plunge with specific implementation projects. Above all, German SMEs, the backbone of the national economy, remained decidedly wary on the topic of cloud computing for a long time, even after the new decade saw major firms in this country implementing (hybrid) cloud-based solutions to an increasing degree.

Many were unnerved by the concept of placing into another’s hand their own data – the digital transsubstantiation of their know-how, so to speak – knowing that the data are not on their own premises and under their own control; this dispenses with the possibility, in an emergency, of pulling out a plug without consulting with the CIO and thereby simply detaching oneself from the world’s various perils.

Over time, however, the financially quantifiable advantages of cloud use, based around scalability and flexibility, cannot fail to impress anyone who studies the numbers; so, starting from about 2011 onwards, companies nevertheless began to warm to the idea of the cloud on a broad basis – that is to say also among cautious SMEs.

The major cloud crisis, based around the Snowden affair, halted this development in 2013. Now all at once all objections and misgivings were vindicated and in fact everything was even worse than was ever feared. Those who, on principle, had not let anything digital out of their hands had backed the right horse – or so it now seemed.

So it is little surprise that there was sceptical talk of the “end of the cloud”.

Today, more than two years later, the waves have calmed down once again; a more differentiated evaluation has gained the upper hand and nevertheless nothing is as it was before 2013. Hardly anyone considers the objections and misgivings as having been fundamentally proved to have been dealt with.

On the contrary: today they are an established integral part of any sound strategy for the cloud. Nobody seriously refutes the risks that cloud computing entails. The safety of data, applications and systems is a top issue wherever the cloud is discussed.

Accordingly, the distinction currently made for the cloud concept, dividing it into “public” (in fact, in 2006 this alone was what the idea amounted to), “private” and “hybrid”, is also a consequence of this rather laborious path taken.

To that extent the intervening nine years of cloud computing can be understood as a process of maturing and learning, one that has overcome cliffs and setbacks to get to an interim result, one that is clearly better, more efficient and – above all – safer than what was brought into play back in 2006. This has made cloud computing into a success story, one with a solid and secure foundation for continued success, notably in this of all countries.

It’s no wonder that today cloud computing is also established in Germany, not solely among fans but also within the realm of responsibility of cautious engineers and finance specialists. Almost half of German companies are already using cloud computing, and a further quarter has corresponding plans in the pipeline. However, the long and often laborious path to the cloud has meant that today it is notably companies in Europe that today perceive these advantages in a very differentiated way. Dogmatic positions – be they „only the cloud“ or „never the cloud“  – are only rarely to be found here.

Unlike in the USA, where the public cloud takes center-stage, here clear preference goes to the hybrid cloud, i.e. the combination von public cloud and private cloud: nine out of ten firms prefer the hybrid model for future IT environments, because while they do wish to use the advantages of the cloud concept, they do not wish everything to be in the hands of anyone external.

In the context of test environments and development environments, there is eagerness to make avail of the public cloud‘s advantages in relation to costs and flexibility – particularly also in the realm of SAP applications. Yet as soon as operations move into the pre-production or production phase, the companies expect more security and control.

The hybrid approach also demonstrates its merits from the viewpoint of subject-specialist, content-related aspects: ERP systems are frequently operated on a conservative basis, i.e. on-premise is the preference; only few have dared to place a whole SAP environment into the public cloud or respectively into Amazon S3.

One reason is that the data in question are considered too important; another is that the automation of the relevant company’s SAP world is not yet at a sufficiently advanced stage; here many application-users are still at the commencement stage.

In other areas, companies are further down the path. For instance, for e-mail applications or with MS Office 365 there is markedly greater acceptance of the cloud. As a basic trend, commodity applications tend to be placed into the (public) cloud; this is because here cost advantages can usually be gained without there being a “catch”. As regards SAP systems, the preference is an off-premise private cloud, as is offered through managed-service providers; in this context, Dell in Germany uses the services of tested and proven partners.

A further important aspect is the high level of standardization, serving as the foundation for the public cloud’s cost advantages – indeed these only come into effect because providers are able to make available the same resources in the same way to many customers. Yet that limits the possibilities for differentiation that application users have in the market.

For this reason, among others, application users often keep central tasks and assets as close to the company as is possible; this may be done in a classic on-premise model (with the IT on the company’s own site), one which can nevertheless use cloud technology; alternatively, off-premise and based with a service provider, with this being in a dedicated environment that makes its resources available on an exclusive basis.

Ultimately the challenge is to find a a “golden middle path” between flexibility, efficiency and security; this path converges directly into the hybrid cloud.

By now there is also a strong trend towards “public cloud repatriation”: many companies that have tried out the public cloud see that their requirements with regard to security and individualization cannot be fulfilled by that approach.

Unlike at the start of the cloud era, today there are also smaller service-providers on the market, making better-adaptable private clouds available than the large private clouds can, thus presenting the application-users with alternatives. Yet most companies retain the experience gained, continuing to use the public cloud as an additional resource, e.g. for peaks in demand – meaning ultimately that they likewise find themselves back in a hybrid-cloud environment.

It is notably due to the diversity of models and approaches, able to accommodate various requirements, that cloud computing is proving to be a market that is recording significantly greater growth than the rest of IT is. From the outset, Dell has been accompanying the application-users’ journey to the cloud and subsequently their journey with the cloud.

Today the company is offering a broad portfolio of solutions that cover different cloud models, cloud architectures and cloud approaches, for all sizes of workload. In this context, what Dell provides is hardware, software and the suitable services respectively – in other words, complete solutions.

Dell supports the establishment of local private clouds through hyperconverged servers, software-defined Data Centers and software. The infrastructure-related and automation-related solutions allow application-users to operate their cloud environments efficiently with their own assets. For instance, IT- or SAP-specialists can book test systems or development systems themselves, or they can quickly either provide new resources or respectively make avail of such resources.

Application-users, needing a private cloud but not wishing to operate it themselves, can use service-providers. Here Dell cooperates with partners who provide an infrastructure and also host it; for this they also offer special SAP know-how and managed services. In this context, Dell also builds up such cloud environments together with the providers, supporting them in the provision of their services.

With the Dell Cloud Manager, users can manage and supervise services in various clouds, be they their own clouds or external ones.

Solutions such as Shareplex and Boomi provide support to application-users in the integration and migration of applications into the cloud, e.g. Salesforce or a travel-costs calculation.

Because security is a topic of central significance in each cloud environment, Dell offers an extensive cloud-security portfolio. This includes managed security on the one hand, i.e. security services such as a proactive monitoring that draws companies’ attention to possible dangers. On the other, Dell offers software products with which application-users can improve their cloud security themselves, for instance the Dell One Identity Manager for comprehensive access management and identity management.

In future the majority of companies will take the hybrid-cloud approach because only in this way can they fulfil a differentiated profile of requirements. In doing so, they select a model that is more discerning than an Everything Cloud“ model – perhaps simplistic and not particularly viable – or a „Never Cloud“ model. On the path to this cloud, it is all the more important to have a partner who – like Dell – not only commands a high-performance cloud portfolio but has also acquired expertise and experience in cloud computing.