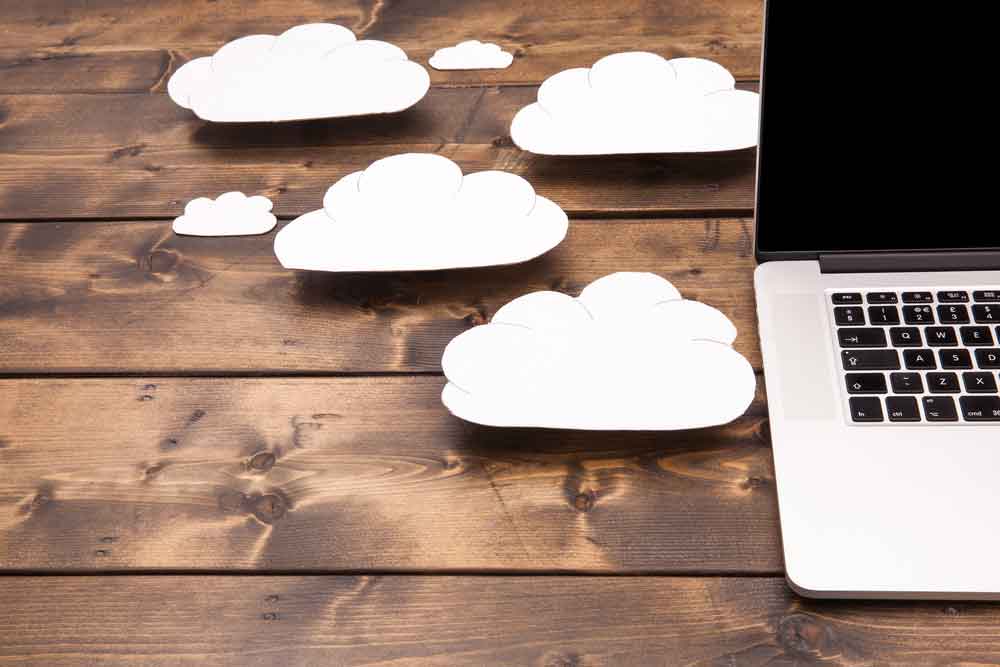 Following its acquisition by Japan’s Mitsui Chemicals group, the dental technology specialist Kulzer enlisted German business consultancy cbs Corporate Business Solutions to help it migrate all of the SAP systems from the dental division of its former parent company, Heraeus.

To give these systems a new home, Kulzer opted for a hybrid configuration: an on-premise installation of ERP running as an IAAS solution at an external data center, along with GTS in the cloud.

Global export monitoring and efficient customs management are complex activities that often present significant challenges in foreign trade. In general, this subject is extremely critical in both technical and area-specific terms.

Kulzer quickly realized that running the necessary solutions itself wasn’t a viable option, which gave the SAP consultants at cbs the chance to deploy cbs SAP GTS cloud. A solid choice, as it turns out: Kulzer is now using this comprehensive solution to handle all of its processes in customs management and foreign trade.

From its headquarters in Hanau, Germany, Kulzer has spent decades investing significant resources in research, composite materials, and the development of world-leading solutions.

The some 1,400 people it employs are tasked with passing on their valuable knowledge of the company’s products to its customers. The result? Satisfied dentists and dental technicians, and patients who have regained the quality of life they’re used to.

Since 2013, Kulzer has been part of the Tokyo-based Mitsui Chemicals group (MCI), whose 131 subsidiaries employ more than 13,400 people in 27 countries.

Relocating all IT systems

After Kulzer was acquired by Mitsui Chemicals, it needed to disengage from the dental division of the Heraeus corporate group. Seeing through a carve-out of this kind on a set schedule while factoring in the relevant business concerns can be a huge challenge.

Luckily, cbs was able to aid Kulzer in dealing with the complexity of this undertaking in its SAP landscape while structuring and packaging all of the tasks required (including evaluation, replacement, rollback, project sequencing, upgrades, the migration of 60 interfaces, and a fiscal year change) in a refined project management framework.

In the end, the project agenda included nothing less than assembling and relocating to a new data center and right-sizing Kulzer’s process landscape, which included SAP ERP, GTS, and various connected systems from other providers. This was where cbs contributed its expertise from numerous global rollout and restructuring endeavors.

“As we were analyzing possible operating models and migration paths for the GTS solution, we quickly determined that we couldn’t count on a non-SAP midmarket solution to cover the complex customs and foreign-trade processes at hand,” reports Bernd Müller, project lead and SAP specialist at Kulzer.

As a company that operates all around the world, Kulzer needed to map its business processes in a globally standardized way. Those present in international markets require modern, harmonized IT infrastructure and an integrated ERP system that extends across all processes.

For Kulzer, the best solution was actually a hybrid of two SAP offerings: an on-premise installation of SAP ERP and a cloud-based instance of SAP GTS. Here, removing Kulzer’s GTS business unit from its previous global parent company was a major hurdle, but a standardized approach involving the special software cbs Enterprise Transformer proved to be up to the task.

Carving the company’s GTS system out of its former corporate IT landscape involved around 120 million master and transaction data records, including on products, partners, documents (such as ERP reference documents), export licenses, and SPL and audit logs (for sanctioned party and boycott lists).

As if that weren’t enough, Kulzer also needed an interface to the customs clearance system ATLAS.

Kulzer worked with an SAP GTS system when it was still part of its former parent corporation. Since this foreign trade platform had met its needs in the past, the company’s first thought was to continue using it.

For a globally active company like Kulzer, implementing functions in foreign trade is simply much more difficult than using solely the traditional SAP ERP suite in its core process areas.

Operating a legally compliant customs and foreign trade system takes up company resources, and Kulzer’s IT department wanted to avoid having to amass the additional internal expertise this would require. Its priority was to continue focusing on the company’s core IT processes.

cbs SAP GTS Cloud was the all-inclusive solution Kulzer was looking for. Those responsible for the project thus began setting the stage for a tool-based migration of the company’s business and process data from its previous SAP infrastructure.

Kulzer’s top-level managers had specified several clear requirements: First, the project was to be carried out without any interruptions to the company’s ongoing export and foreign trade and processes.

Besides ensuring that all of the applicable compliance aspects would be covered, Kulzer’s executives also wanted the system to be pared down and right-sized in order to lower costs.

Throughout the project, those involved were to make use of the company’s existing process documentation on the system and specific areas of use while updating it where necessary.

In addition, Kulzer’s management team directed its employees to achieve additional quick wins in the form of further optimizations.

This was part of an overarching consulting concept designed to establish not only a standard methodology, but a comprehensive operating model that would account for processes, data security, and support to offer Kulzer the greatest possible utility.

The resulting solution represented more than garden-variety outsourcing arrangements that typically include only housing and hosting.

During the planning phase, go-live dates in other projects, the impending creation of an internal IT organization, and other influential factors pertaining to Kulzer’s data center of choice put the project team under additional pressure.

Furthermore, the company was already scheduled to upgrade its customs management system to support AES/Atlas. Planning the project agenda thus turned out to be a highly complex affair.

In addition to implementing SAP GTS as quickly as possible, connecting the company’s Seeburger converter – which takes care of all Atlas export declarations for customs clearance – would require a great deal of care.

Thanks to their structured, integrated approach and a dedicated focus on each process and phase, the project team managed to complete all of these demanding tasks on schedule.

In doing so, its members succeeded by supplemented Kulzer’s established project approach with their own tried-and-tested methodology, M-cbs.

In cbs SAP GTS Cloud, Kulzer obtained an all-inclusive package that combines modern IT service management with SAP-certified application management support. Its new system for customs and foreign trade answered all of the remaining questions the company’s executives had about running it in a legally compliant fashion.

It also provided viable, cost-effective solutions for Kulzer’s needs in terms of infrastructure, operations, monitoring, and license management. As a result, the team was able to complete the carve-out on time and within budget in just three months.

While cbs has since transferred the solution to the ISO-certified data center of its own parent company, Materna GmbH, Kulzer’s SAP ERP system has continued to run on-premise as an IAAS solution at an external data center.

At present, cbs SAP GTS Cloud is the only licensed all-in-one solution for global export control and efficient customs management, which is why SAP has classified it as a partner-managed cloud (PMC).

“Outsourcing our foreign trade solution entirely and putting it in expert hands was a strategic, forward-thinking decision,” affirms Thomas Gessler, CIO at Kulzer. “For a midsize international company like ours, it just would have taken too much effort to run a system as complex as this internally.”

Since implementing cbs SAP GTS Cloud, the company has been able to count on the solution to manage all of its foreign trade processes, especially with cbs handling all of the necessary maintenance.

Indeed, Kulzer is profiting from its private cloud solution in a number of ways: On the one hand, it now has clearly defined service levels and a comprehensive, fail-safe arrangement for running its global foreign trade system.

On the other, it has cbs’s in-depth customs expertise and broad knowledge of processes to fall back on.

Materna is one of the main entities involved in the development of Germany’s electronic customs processing system (Atlas), so there were no issues in connecting Kulzer’s Seeburger converter to its new SAP architecture. This enabled the company to establish a sound foundation on which to run its cloud-based GTS solution.

Solution holding up well in practice

Thanks to cbs SAP GTS Cloud, Kulzer is back to focusing entirely on its core business. The resource requirements for running its GTS system are essentially nonexistent:

The SPL lists of its business partners are updated more or less in real time, and the application management team at cbs handles the everyday monitoring of the system and business processes involved.

In terms of the care Kulzer has to exercise in ensuring system uptime and compliance with the relevant legal guidelines, the combination of its new solution and sophisticated support concept has proven ideal.

An outsourcing arrangement based on SAP GTS involves much more than simply relocating IT infrastructure and housing it somewhere else.

Instead, the dental experts at Kulzer now get everything they need from a single source: unsurpassed expertise in foreign trade, proven consulting on processes and SAP systems, and solution operations that meet the highest standards of security and data protection.

This total package has won over project lead Bernd Müller, as well. “You could say we’ve put ourselves in the best possible situation,” he says. “I haven’t heard a thing about the GTS system in months – it just runs as it should.”

Robert Wieczorek is a senior solution architect at cbs Corporate Business Solutions. As a project lead, he is also responsible for customs tariff preference management and cbs SAP GTS cloud.