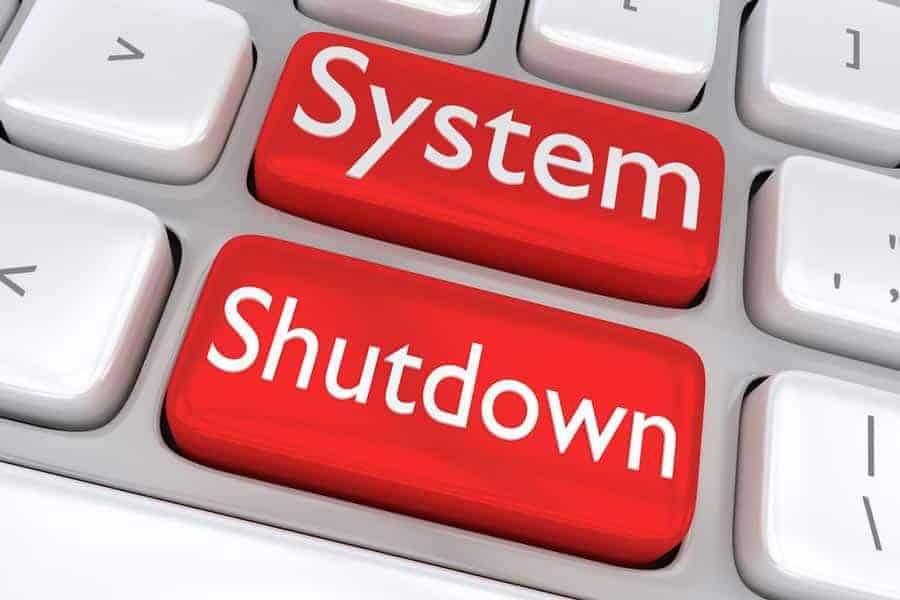 First and foremost, digital transformation means a modernization of corporate IT. Only then digital business models become possible. The shortest and most efficient way to a new software generation like S/4Hana is the decommissioning of legacy systems.

In 2025 at the latest, the time will have come: There will be no more maintenance provided for older SAP releases. Until then, existing SAP customers should already have migrated to S/4Hana. The corresponding announcement from Walldorf was made in 2015.

Even in 2018, the number of companies who have already migrated is still in the single-digit percentage area, and the figure of existing SAP customers who successfully migrate to Hana with the provided standard conversion tools may be just as low. That’s because although they work excellently, they only have advantages for customers who have remained in the SAP standard.

Considering the estimated 50,000 customers worldwide in the ERP area alone – from which 20 percent are located in Germany, Austria and Switzerland – these findings are a problem: It’s common knowledge that the vast majority of SAP users has invested a lot of time and money into the company-specific adaptation and modification of their SAP systems to be able to meet every requirement in each area of business.

This is a testimony to the massively increased usage of SAP solutions in companies, especially if compared to the last major release change from R/2 to R/3. Therefore, it is no exaggeration to speak of a Herculean task when talking about transferring the data that is stored in the existing ERP systems into the new software world.

Migration as a cost trap: lack of experts

In the enterprise environment, approximately 5,000 man-days are needed for data migration. Even if an average of 2,000 man-days per project is assumed, a capacity need of 20 million man-days in the D/A/CH market alone would arise, which translates to 3.2 million per year. Even if the entirety of the estimated 2,000 experts for data migration in German-speaking countries were to work 365 days a year, there would only be capacities available of 730,000 man-days a year. And even if vacations and other leaves are out of the equation, five times the number of migration experts would be needed to complete all of the projects by 2025.

As this is not possible according to Cocker, other ways must be found: The legacy systems will continue to be operated – even after maintenance will no longer be provided – and exist next to the new software generation which exclusively stores new data.

This practice will inevitably lead to a significant increase in investment as well as operating costs for the deployment of the new S/4Hana landscape and the continued operation of existing systems. Only a few businesses will be capable of and willing to pay this additional cost.

In this scenario, the continued operation of old systems would also be inevitable if data was only partially transferred into the new software world until 2025. Because even in the case of partial migration, the data will be mapped onto the new structures. Auditors and tax consultants would therefore not recognize that the migrated data is the original one. Who would want to take responsibility for that, then?

Both scenarios are unsatisfactory – not only for existing SAP customers who operate with the maintenance deadline 2025 in mind, but also for those who want to make S/4Hana the basis of their digitization strategy. Especially the latter cannot and will not afford to see their self-imposed time schedule for switching to the new software generation endangered due to a lack of market resources.

The solution: a neutral platform

There is only one solution to escape the cost and compliance trap: completely removing the data from existing SAP systems without changing its structure and storing it in an audit-compliant way on a neutral platform. Naturally, data as well as unstructured information – like business-related documents for example – have to be stored with their corresponding business context. That’s why it makes more sense to speak of historicizing old information than of archiving it.

This approach allows for the complete decommissioning of old systems as they are no longer needed, therefore achieving massive savings in operating costs. The saving potential typically is 60 to 80 percent compared to the continued operation of legacy systems. In addition, this approach also leads to cost and time savings in data migration. That’s because with a platform like this, a precise selection of the data which is to be transferred and adapted to the new SAP world becomes possible.

Experience shows that up to 75 percent of migration efforts and the associated costs can be avoided this way. Because even when only partially migrating, the 80/20 rule still applies: on average, only a fifth of existing data has to be transferred to the new system, the remaining four fifths remain on the neutral platform.

Whoever is doubting this massive reduction just has to consider how many duplicate data accumulates in legacy systems over the years. After all, the number of SAP systems used and that of the associated data bases has increased continuously and significantly.

For this very reason, there were more and more projects to consolidate and centralize systems over the last few years. Companies who carried out those projects took the chance to not only reduce their data inventory by deleting duplicates, but also to clean up and repolish their master data. If looking at it that way, the migration to S/4Hana is the ideal opportunity for only adopting nearly perfect master data. The cleaning up is even easier if less data has to be migrated to the new software generation.

With a platform for historicizing and migrating old data and documents, this scenario becomes possible. Furthermore, the access to historicized information remains unrestricted and easy. This has two decisive advantages. On the one hand, older data and documents can be integrated into ongoing business processes, even if their migration is not worthwhile. For example, service staff in plant engineering can access historicized construction plans on their tablet and use it for their current projects for reference.

On the other hand, however, such a platform grants companies full legal security. Since the migrated information is stored on the neutral platform in its original format and structure as well as in an audit-proof manner, it is possible for internal and external auditors to certify its authenticity. At the same time, the users have the possibility to continue working seamlessly with migrated data inside the structure of the new software generation.

In all of these scenarios, special demands are placed upon the described platform for historicizing and migrating old data and documents. Therefore, the solution must be capable of reliably and verifiably extracting all of the data and documents from old systems and store them without changing their structure.

At the same time, however, the information has to be converted into a modern data format to enable the eventually necessary or also desired migration to S/4Hana or even third-party systems. What is more, the display of historicized information should be device-independent. That way, not only professional users, but also employees of the internal audit department and external auditors can easily access it. In this case, a purely browser-based solution would be ideal in order to not have to install, maintain or learn how to operate new software.

If looking at it from the client’s perspective, it is, of course, crucial that such a solution supports them in their decision of which data should be migrated to the new software generation such as S/4Hana, and which data should not. Configurable tools as part of the platform should be provided. They could help by, for example, automatically searching for accounting areas that are no longer relevant. These can include plants or subsidiaries which have been closed down or sold. It simply does not make sense to migrate this old and, most of the time, useless information.

What is more, with the new software generation also comes a new generation of compliance requirements at the same time. Of course, the General Data Protection Regulation (GDPR) is a well-known example.

Indeed, with GDPR we are entering a new digital era. Before, the principle was to save everything and anything and delete nothing, not even unintentionally or as a mistake. Now, companies must possess the ability to not only save individual data precisely and purposefully, but to also delete it in the same manner. Naturally, this doesn’t just apply to productive systems, but also to legacy ones. However, in some cases it is impossible to retrofit systems for these processes.

A platform for historicizing and migrating old data can help here, too. Of course, it needs comprehensive retention management functionalities regarding retention periods, automatic and manual deletion and suspension of deletion processes in case of, for example, court proceedings. In Anglo-Saxon countries this is called legal hold. In a case like this, it must be known exactly which data of a person has to be suspended.

Therefore, with the help of the platform, it must also be possible to determine all the information associated with a particular data record, preferably at the push of a button, in order to ensure that all of the data in question is obtained. Obviously, this also applies to the opposite case, for example if a client requests to enforce their right to be forgotten in accordance with GDPR.

One question still remains: Does such a platform actually exist, and if so, are there clients who already migrated to S/4Hana with its help or are in the very process of doing so? Europe’s largest mail-order pharmacy Zur Rose is leading the way.

The company has implemented a central S/4Hana solution to which only current and relevant data is to be transferred. The business expects to reduce the total data inventory by 30 percent through cleaning up duplicate data and to increase the quality of their master data accordingly.

Furthermore, Zur Rose expects annual six figure savings in operating costs from the gradual decommissioning of all legacy systems. In numerous national and international customer projects, the tried-and-tested platform JiVS will be involved and used for historicizing and migrating legacy information.

Thomas Failer is the founder of Data Migration International.