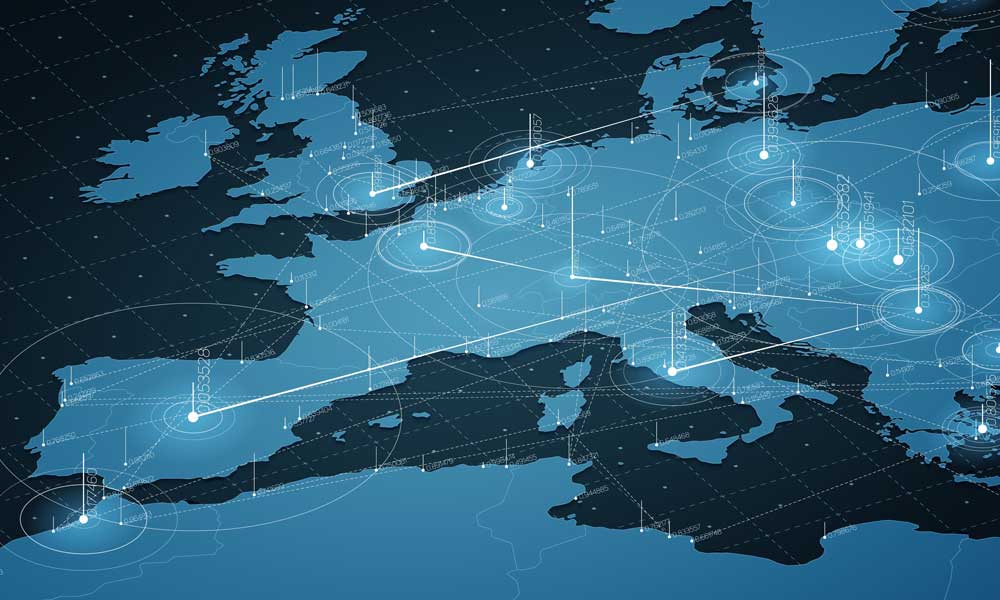 Oh no! Yet again, SAP will not extend their hand to its European customers, developers and analysts in 2018. Europe has been relegated to cash cow for SAP. Communication takes place elsewhere in the world.

SAP boss Bill McDermott may have a house in Heidelberg, but believe me, it’s no better or worse than a presidential suite in a 5-star hotel. “Not everyone has to be satisfied with a chaotic office like yours”, says my wife, who likes to keep things neat and tidy within her own four walls. “Genius trumps chaos, only an idiot is neat and tidy“, is my answer – obviously tongue-in-cheek and without wishing to offend Bill with his sterile second home.

As has already been emphasized and written about previously, SAP and business IP have their roots in Europe. A global trend conference in Europe would be the logical answer to the history and future of SAP. Instead, McDermott takes his travelling circus Sapphire only to places where sales forecasts are highest, while Europe is milked. It is a cost-benefit analysis. Why hold a Sapphire event in Europe when the license revenues are so high anyway?

Our SAP discussion group meanwhile has only one thing on its mind: indirect use! We’ve been greatly amused by the crazy idea from editor-in-chief Faerbinger that in future, bots based on Leonardo Machine Learning might need a SAP Professional User license. And when the bots become really intelligent and suggest creative solutions, will they need a Developer User license for about €6,000? What actually hasn’t materialzied yet (fortunately), it might spell big trouble for applications like IoT, M2M, Blockchain, etc.

Interesting – and again related to Europe – that the relevant groups like DSAG and IA4SP are doing so little to combat this existential threat. Innovation and growth are being corrupted: If a customer can no longer choose the most suitable solutions, but is guided by SAP “license terror” he will probably end up as a loser in digital transformation.

My bet is: There will be no satisfactory answer from SAP this year with regard to a vertical licensing model – even if my friends from the DSAG association have promised a solution. The year-end/year-start business is now in full swing and nobody has the time or is in the mood to burn their fingers with a new licensing model.

SAP has become a global corporation, and the wishes and problems of Europeans don’t count for much: no new licensing model, no Sapphire, no relationship management. Gerd Oswald’s absence is felt, Michael Kleinemeier’s one-year extension is no revelation and CTO Bernd Leukert seems to be loosing the battle. Rescue for Europe is not in sight.

My wife often mocks me when I bring up the topic. “You are a global enterprise too, aren’t you?”, she says. Yes, my own SAP empire stretches across all continents. But we have clear structures and responsibilities.

Our IT division is transparent and flexible and we respect our users’ wishes. SAP could learn a lot here, and also safeguard the business over the long term, because AWS, Google and Microsoft have better Cloud solutions; Siemens, Bosch and General Electric have a better grasp of IoT and M2M; Machine Learning and Blockchain are available elsewhere faster and cheaper.

SAP’s future: a radical change of direction with a kick-off Sapphire in Europe or maybe becoming just any IT provider among many! It started with the Cloud; there is hardly an IT firm that hasn’t jumped on the Cloud bandwagon. IoT is on offer everywhere now, from NetApp to Bosch. Don’t get me wrong: SAP Leonardo is no worse than the vast number of IoT solutions – but also no better.

The same applies to Machine- and Deep Learning. SAP is very active in the area of AI, but Microsoft, Google and Amazon have also done their homework. In many areas – CRM, logistics, production, etc. – SAP has recklessly forfeited the unique selling position it had with ERP.

At least, efforts are being made to win back thematic leadership and the unique position by revitalizing Abap on the Cloud platform. It remains to be seen whether this project will succeed. We do have enough Abap specialists who are happy about this trend.

Development Versus QA: Ending The Battle With Automation