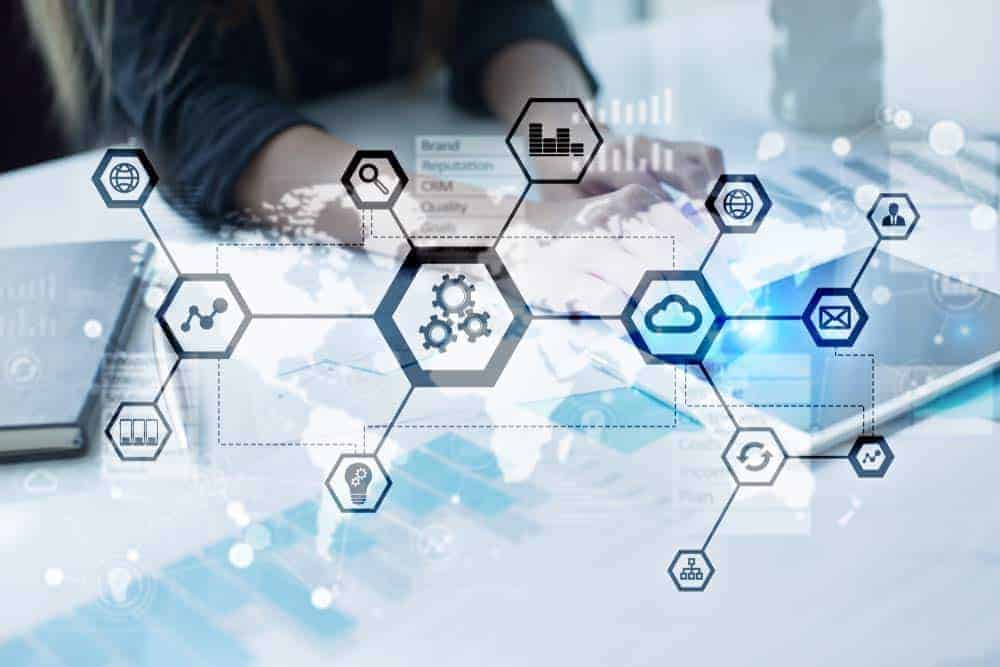 The robots are coming - at least in the form of semi-autonomous programs that further automate ERP business processes. A possible result: SAP's ERP suites lose their novelty and attractiveness.

One week after the last DSAG annual congress, one of my employees stormed into my office and asked – struggling for air – if we were using BlackLine’s applications in combination with SAP somewhere in the enterprise. I didn’t have to think about it long: Three years ago I was on a study trip to California with CIO colleagues and besides the obligatory appointments in the Silicon Valley, we were also in Los Angeles to meet with BlackLine.

This company probably offers the most important and interesting supplement to SAP’s finance modules. Put simply, it is about continuous, automated, highly intelligent and transparent reconciliation of accounts. The system’s efficiency is convincing, which is probably the biggest asset in coordinated work in corporate finance.

“Yes,” I said to my co-worker, “you should know too. I sent you to a Blackline Congress in London two years ago”. He nodded and said that this trip to London was the beginning of a very funny story. In London he had met an SAP employee who gave a presentation on new financial functions in S/4 at the DSAG annual congress in Bremen.

Bremen was a déjà vu for my employee: What Blackline presented in London two years ago, was now shown by the same SAP employee in Bremen as their own achievement. There’s a reason why SAP is happy to partner up and learn new things. After all, they have very skilled developers at hand who can put their partners  have learned into practice quickly.

Intellectual property is dangerous territory. For me however, this is just a symptom of another trend that is much more important for the SAP community: how long will we be able to follow the ERP Suite concept?

Pieces in a puzzle

Whether the suite is called S/7, S/4 or S/1 – with or without Hana – is irrelevant. It is a matter of principle: Either SAP gradually manages to renew the ERP core and saves S/4 as the future, integrated ERP suite. Or from 2025 it might be called Best-of-Breed S/4 with S/4 Simple Finance including BlackLine, S/4 Logistics, Leonardo with Machine Learning, IoT and Blockchain and all other SAP cloud offerings.

SAP already offers more individual parts than an existing customer could ever want. It’s a never-ending puzzle. In addition, ERP functions can now be found not only in S/7 and S/4, but also in Hybris (or C/4Hana if you like), Concur, Leonardo, SuccessFactors, Fieldglass and Ariba.

When you finally find what you’re looking for, the next question arises: NetWeaver PI, SAP Cloud Platform, Hana, Vora or Kafka? Many roads are going in the same direct – but not all are straight and safe!

As CIO, I have a responsibility and a budget to keep. What could hold the building blocks of the SAP world together? What should be done if Hana, Spark, Hadoop, OpenStack, Azure, BW/4, S/4, Leonardo, Vora, Kafka, Simple Finance, HEC and HCP are “only” best-of-breed and not a comprehensive SAP suite? Is there even a framework for best-of-breed? For example, what connects Simple Finance and Blockchain?

I don’t know where this trip is going yet, but maybe Robotic Process Automation can become the framework for best-of-breed. However, what will SAP do then? It is difficult to imagine SAP becoming a supplier of best-of-breed modules but the latest iteration of Sapphire in Orlando showed that this might be the direction we are heading in.