Examples for a successful digitalization often only include companies coming from Silicon Valley, like Airbnb, Uber, or Tesla. However, there are other examples that often get overlooked.

This article will discuss the topic, the relevancy, and the execution of digital transformation with an example of a German mid-sized company. For reasons of competition, this company will not be named.

More often than not, digitalization is reduced to its technological aspects. We at Synomic want to change that. For this reason, we want to showcase two other aspects that are crucial for the success of every digitalization project: designing new business models and implementing them in the form of subsequent value chains. We combine new Silicon Valley methods with best-practice solutions, some of which were developed by SAP.

Digital transformation is the foundation

The mid-sized company that we chose as an example builds electrical switchboards and delivers energy management to customers with major store chains, for example discount stores and fast food chains with hundreds or thousands of stores.

These customers are highly sensitive to price changes. Consequently, optimizing costs through consistent automation is crucial for the sample company. The progressing digitalization supports this requirement through more connectivity, integration, automation, and modern technology and software.

This way, the entire production process, ranging from product design with CAD tools to manufacturing with robotics, has been integrated and optimized through a bidirectional data exchange. This is especially important since the switchboards are individualized and adapted to a buyer’s specific requirements, like position, space, and equipment.

In the course of a second digitalization project, warehousing and order management have been entirely integrated into the production process.

Material management data, batch information, and statistics from the production automation (robotics) are automatically transferred to ERP and other information systems.

Consequently, a demand-oriented material management becomes possible. With a special online platform and online auctions of material, the price for switchboards can be reduced even more.

Another advantage of the almost complete digitalization of design, procurement, and manufacturing processes as well as integration of all systems is the traceability of every single component through a software solution. This allows for targeted and quick replacement of (possibly) faulty components, which is important for e.g. predictive maintenance or recalls.

The procurement and use of a powerful photovoltaic system in manufacturing was another important step of digitalization. It opened up the possibility of reducing the own energy costs through dynamic adaptation of production processes based on weather forecasts and other factors.

Consequently, the company was able to produce their own electricity. It was also able to intelligently synchronize the production process (power consumption) and energy production (photovoltaic) through IT systems.

The digitalization steps that we showcased here lead to substantial cost reduction and significant increase of quality and process optimization. However, they are also part of the existing business model, meaning that there was no change or renewal.

This step came later and was the result of analysis and creative collaboration between management, company founders, and external experts. Starting point were the already achieved digitalization progress and the practical experience that came with it.

Especially the connection of the numerous IT and production components (also through IoT) as well as the possibility of smart energy optimization lead to an interesting idea that turned into a new business model.

In brief, the company equipped its own product – electrical switchboards – with more intelligence. Furthermore, it created an intuitive cloud solution which made it possible for customers to access data about the energy consumption of single stores, status updates, trends, and comparisons between stores. This allows for the significant reduction of energy consumption.

This new solution is based on built-in components in the switchboard and a multi-client capable cloud application, which is offered to customers as software as a service for a monthly fee. It not only opens up a new revenue stream, but also has other welcome advantages. For example, customers stop seeing switchboards as replaceable and low-tech because they can actively analyze, compare, and reduce their energy consumption. Switchboards are now intelligent high-tech products and the foundation for reduced energy consumption and CO2 emissions.

Both of these factors are especially exciting for customers with hundreds or thousands of stores because cost reduction and a positive ecological assessment are important for business and binding customers.

Through the new intelligent bundle, consisting of electronical switchboard, special software, and cloud service, the solution cannot be compared to those of competitors anymore. Because the company that we chose as an example can provide all of these solutions, customers find it to be more reliable and become more loyal. Consequently, a “price war” with bigger competitors can be avoided altogether.

The new revenue stream is naturally also beneficial for finances. That’s because the relatively consistent (and continually growing) monthly income through the cloud service is independent of the delivery of new switchboards. Much like maintenance fees, it’s a consistent source of income and not dependent on the expansion of customers or seasonal changes.

How was this possible?

The new business model was not the goal of the digitalization project. However, it was its result, and it would not have been possible without the new infrastructure, the integration of heterogeneous systems, and the creation of new processes.

Valuable experiences and a deep understanding of customer wishes and needs were the foundation for the new solution based on a cloud/SaaS business model.

The company that we chose as an example used methods like Design Thinking, value proposition, and business model design. Furthermore, it used agile software development with prototypes to make immediate customer feedback of the new business idea possible.

Technologically speaking, the company used components like Internet of Things (IoT) software, a graphics database, SAP connectors, AWS, and numerous open source components. These technologies are popular with lean start-ups, but not so much with German mid-sized companies.

The company that we chose as an example, however, worked closely with a software start-up for the optimization of internal IT processes. This created a new dynamic, which eventually lead to the customer solution based on a new business model.

How AI Can Replace Focus Groups And Customer Surveys 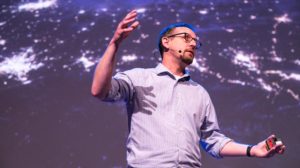 Why Digital Workforce Management Is More Important Than Ever

Ralf Meyer is founder of Synomic and SAP ecosystem activist.

No Happily Ever After For SAP’s Embrace