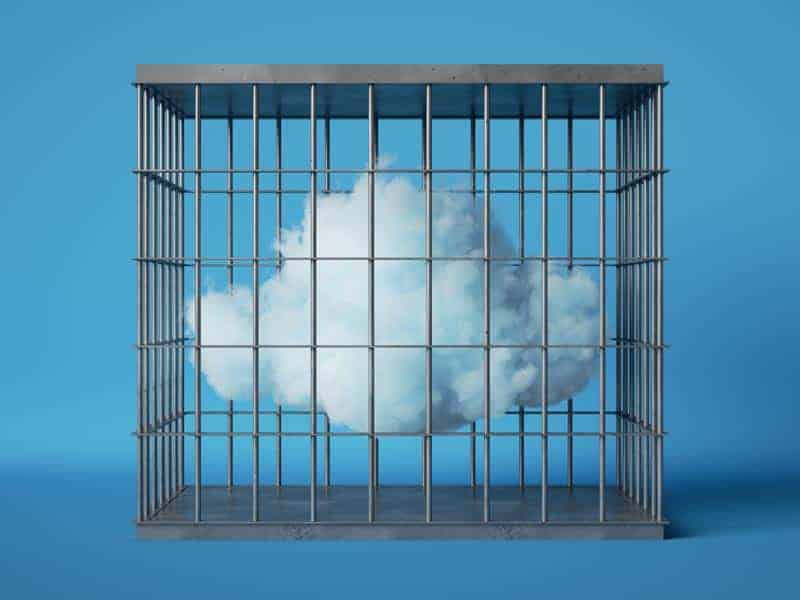 While SAP struggles to move its existing customers into the cloud, the SAP community lacks the organization, tools, and licensing certainty necessary for a cloud-exit strategy.

It’s both a dilemma and a paradox: Cloud computing is being pitched to existing SAP customers as the ultimate level of freedom and flexibility. After years of agonizing in their own data center, the cloud is supposed to allow customers to breathe freely. The lack of flexibility in their company’s own infrastructure is supposed to be compensated for in the cloud by limitless resources. However, hardly anyone offers a way out of the cloud. What happens when parts of a company are sold, carved out, or shut down? How can data, processes and business objects be extracted from the cloud and remain usable?

A cloud-exit strategy must be more than a download of data into a data lake because such a repository has no algorithms. The data without business processes and SAP licenses are worthless. However, the licenses are in the cloud and SAP does not offer a possibility to download or extract them. Accordingly, an exit strategy must include an export function for business objects.

The cloud truth lies somewhere else, because all the hyperscalers’ and SAP’s arguments of technical and organizational benefits are correct. The cloud dilemma are the inflexible and expensive licensing costs or subscription fees. It is paradoxical that all cloud providers including SAP talk about high possible savings, justifying them with the hardware operating costs that customers won’t have to pay anymore. But hardly anyone talks about the exorbitant subscription fees and lack of exit strategies.

Out with the old, in with the… old?

SAP is trying to phase out the rigid and expensive on-prem licensing model in the cloud. At an SAP licensing talk, the rhetorical question was posed: How does SAP CFO Luka Mucic plan to realize the revenue growth he predicts in the coming years? The promised growth will not be possible through acquiring new customers. SAP CEO Christian Klein and Luka Mucic ruled out major takeovers and acquisitions and the revenue increases that could be achieved with them. What remains? SAP’s existing customers.

The on-prem licensing model with its annual maintenance fee is very profitable for SAP but hardly expandable. Another price increase of the maintenance fee is hardly conceivable, since SAP is continuously reducing its range of services in on-prem ERP/ECC 6.0. For some time now, customers have been complaining about the poor price-performance ratio of on-prem systems – for SAP, the on-prem model seems to be ancient history already.

The reservations about the SAP cloud seem to be enormous. The general opinion: SAP operates its own cloud similar to existing on-prem “black boxes”. The current scenario seems like R/3 in cloud cuckoo land. SAP buries the alleged cloud flexibility under its own licensing terms – at the end of the contract term, the SAP cloud customers only have the option to renew, at whatever price! There is no exit strategy and thus no option to negotiate prices. So, if existing SAP customers choose a subscription model (contract or product conversion), it seems that they will be at SAP’s mercy forever.

After years of experimentation, there is sufficient usable cloud infrastructure. Thus, for the time being, there is nothing to be said against moving toward the cloud – were it not for the unacceptable licensing models without an exit strategy. SAP was already unable to offer “breathing” systems with the on-prem models.

The all-in-one cloud contracts are a one-way street. There is only one direction: into the cloud. No customer can get out!

A Cloud That Is Not a Cloud