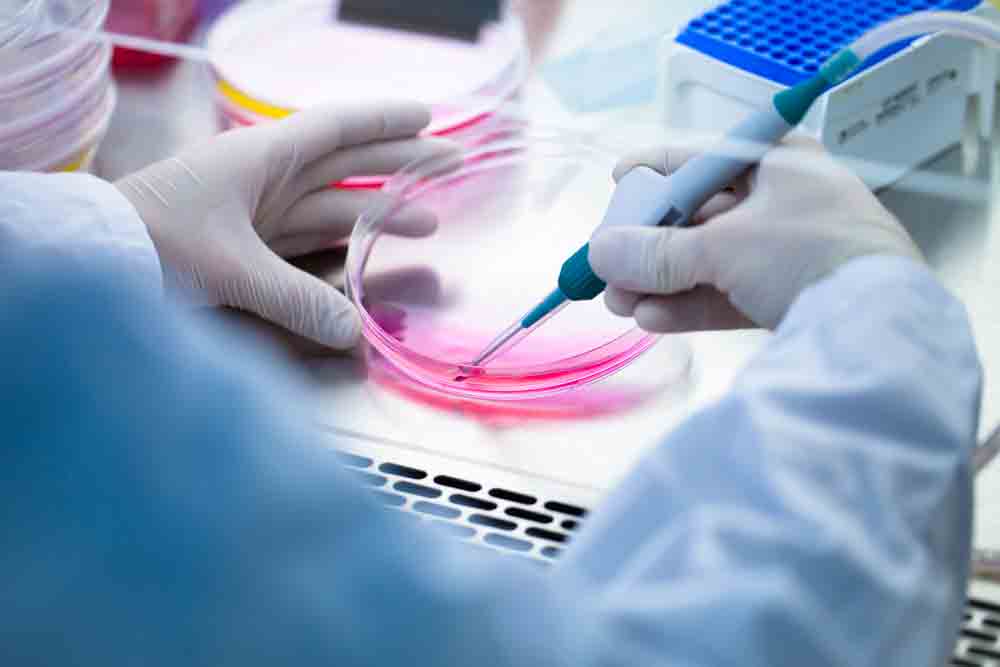 In a rollout dubbed “GLOIRE for Americas”, Roche Diagnostics has extracted all of its sales branches in South, Central, and North America from Roche Pharma’s SAP systems and integrated them into a new standalone SAP landscape for their Americas division. The fact that this new landscape is based on Hana posed a particular challenge. Ten months after the project began, however, Brazil was the first country to go live.

Headquartered in Switzerland, Roche is one of the leading companies in research-oriented healthcare. It combines the strengths of its Pharma and Diagnostics divisions and, as the world’s largest biotech corporation, develops differentiated medicines for oncology, immunology, infectious diseases, ophthalmology, and neuroscience.

Roche is also the most prominent provider of products related to in-vitro diagnostics and tissue-based cancer screening, as well as a pioneer in diabetes management. As of 2014, the Roche group was employing around 88,500 people and generating CHF 47.5 billion in annual revenue.

Not long ago, Roche was facing a challenge: It needed to harmonize the SAP processes at all of its Diagnostics sales locations in South, Central, and North America in order to make them comparable. Furthermore, Roche wanted to migrate all of the sales subsidiaries involved from the Pharma division’s SAP system and an old, non-template-based Diagnostics system into that division’s new SAP installation.

To that end, the company laid out a five-year road map for rolling out its “Global Implementation Reference System” (GLOIRE) template to the Americas region. The Diagnostics processes and best practices defined in this template differed significantly from those previously in place in the Pharma system its sales subsidiaries were running in South and Central America.

The coverage these procedures provided for the Diagnostics subsidiaries’ workflows was inadequate, not to mention overly resource-intensive.

Roche identified a series of primary objectives, the foremost of which involved implementing the Diagnostics template GLOIRE using division-specific processes and best practices in all 12 Roche Diagnostics countries in South, Central, and North America.

In a parallel effort, a new system landscape needed to be assembled as a destination for this framework. Roche is now proceeding with its incremental plan to integrate its sales subsidiaries into the Diagnostics SAP landscape for the Americas based on Hana, which will decouple them from the Pharma division’s system.

The plan for this international rollout project calls for four waves. Before the first wave began at Roche’s offices in São Paulo, Brazil, the company needed to establish a new Americas landscape with Hana at its foundation.

The second wave also proved challenging, as it involved rolling out to several countries and going live at the same time: First up were Argentina and Colombia, followed by Mexico and other countries of Central America and the Caribbean (including Costa Rica, Guatemala, Nicaragua, and Panama).

Through a “big-ticket” workshop and detailed fit-gap sessions in the United States, those working on the project took stock of the processes, developments, and interfaces already in place in the wave-two countries; identified the system discrepancies and legal requirements at hand (including in legal reporting and e-invoicing); and determined what process adjustments would be required as a result.

These preparatory activities turned out to be a significant help in staying on the project’s tight schedule and coordinating the large team involved, which was scattered across four continents.

“Our goal is clear: When this project is complete, we want all of our Diagnostics sales subsidiaries in South, Central, and North America to be working with a standalone SAP system for Diagnostics,” states Oktay Yavuz, IT project lead at Roche Diagnostics.

In this highly complex global rollout project, Roche Diagnostics needed a partner with wide-ranging proficiency in SAP consulting, worldwide rollouts, and the strict tax regulations of Brazil. Migration expertise and knowledge of Hana would also be key in moving data from Pharma to the Diagnostics system.

In addition, the ideal partner would have proven skills in developing the interfaces and forms that would be necessary in assembling the new system landscape for the 12 countries.

Thanks in particular to its in-depth knowledge of Brazil and Latin America, cbs was Roche’s first choice. Indeed, the extensive experience the firm had already built up in more than 50 projects in Brazil alone proved to be a compelling argument.

This included a keen familiarity with the intricate legal requirements the Brazilian tax system demands of companies operating in the country. As an added plus, cbs offered unique experience with Hana: From corresponding training to real-world implementations, its consultants had an intimate understanding of this new database technology.

Meanwhile, cbs also won Roche over with the end-to-end solution approach it proposed for this complex carve-out and migration project. Specifically designed for SAP system transformations, the integrated standard software cbs ET Enterprise Transformer makes it possible to handle even combined use cases at the data, process, and system level in a holistic manner.

“Thanks to cbs ET, we had a reliable way to carry out our large-scale migration right on schedule and in line with Roche Diagnostics’ process structure,” Oktay Yavuz reports.

Moving from Pharma to Diagnostics in Brazil

For the first wave of its international rollout, Roche Diagnostics opted for the following project approach: The new template would be rolled out by an international team in Brazil, along with a solution for reporting taxes and related documents (notas fiscais) to the country’s tax authorities.

Over a period of just 10 months, Roche aimed to assemble a separate system landscape for the Americas in Brazil based on Hana while incorporating an 80-member team from the U.S., Colombia, Panama, Mexico, Brazil, and Switzerland into the project.

In rolling out the GLOIRE template in Brazil, the company would also ensure compliance with the country’s specific tax regulations and implement comprehensive legal reporting.

Before its new landscape could be built, the template – and in particular, Roche’s custom developments – had to be reviewed in terms of their compatibility with Hana. This included exhaustive testing of all the template processes and functions at hand. The rollout of the template itself comprised functions in sales, service, logistics, order management, contract management, finance, and controlling.

In this initial wave, Roche removed Brazil from its Pharma division’s system and inserted it back into the SAP system for Diagnostics – a step that took very little time thanks to the company’s longstanding partnership with cbs.

The data involved was extracted from Pharma’s production system and imported into the new Diagnostics system. To maintain a consistently high level of data quality and avoid redundancy, data cleansing was performed in the production system prior to the migration.

In the process, the data was taken from the production system right from the very first test to allow plenty of time for reviewing the results.

The organizational unit in Brazil made its own effort to adapt to the template, which was expanded to meet local legal and business-critical requirements. Meanwhile, the project team tested the country-specific aspects and put them into use before conducting further tests with the migrated data.

Throughout the Brazilian phase of the project, Roche and cbs also needed to customize and implement an array of interfaces. Once numerous test routines had been completed and all of the local and legal guidelines were met, the solution went live in Diagnostics’ new SAP system.

A milestone for the project

The employees in Roche’s organizational unit in Brazil have since begun working with the Hana based system. This successful start validated the company’s strategy and approach and thus marked an important milestone for the project as a whole.

Its Brazilian unit can now access out-of-the-box solutions that are tailored to the precise requirements of Roche Diagnostics. Since separating its Pharma and Diagnostics divisions at the system level, Roche has also been reaping the benefits of its new, streamlined SAP landscape.

Thanks to its use of best-practice processes and the expertise contributed by cbs, Roche also managed to reduce the number of interfaces involved and safeguard compliance with its group-wide guidelines.

The project was completed on time and within Roche’s prescribed budget. Following the successful go-live in Brazil, Argentina, Colombia, Mexico, Panama, and other countries in Central America, the next phase of this challenging endeavor is set to begin:

In wave three, Roche plans to make a parallel system transition in Chile, Peru, Ecuador, Venezuela, Uruguay, and the U.S. The final rollout will then take place in Canada.

What S/4 Can Really Do
Digital Transformation, Co-Creation & AI with Joseph Reger
Comment