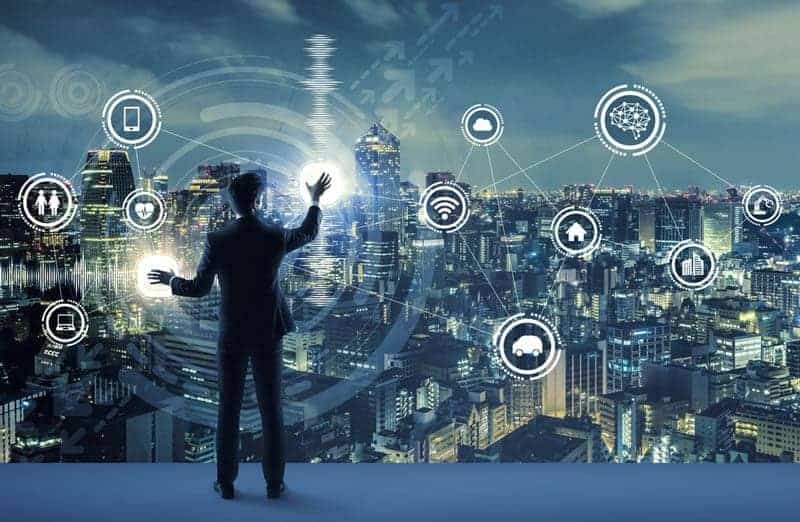 In the beginning, there was Industry 4.0. Soon, however, the SAP community adopted the global term IoT. The Internet of Things is seen as the starting point of digital transformation, but it may not be enough.

Last year, SAP tried to convince the SAP community of the advantages of IoT with a Leonardo conference in Germany. Even with the help of special guest Professor Henning Kagermann, it was only partly successful.

The principle of IoT can be understood easily, but the implementation is more than a technological challenge. Furthermore, SAP has no historical knowledge in this area. Companies who do have to be bought and integrated into the SAP universe – just like numerous times before.

The existing SAP customers and analysts who attended the aforementioned conference certified that SAP is going in the right direction. What is lacking, however, are integrated concepts and operational solutions. At this Leonardo IoT conference in Germany, practically no attendee saw a light at the end of the tunnel.

Shortly after this, analysts from Crisp Research concluded that SAP has been gambling with the trust of of its customers with Leonardo IoT. There was nothing but hot air and barely finished business processes. A sustainable IoT development and procedure organization is something else entirely.

One year later, the situation has improved immensely. “SAP was able to position itself as IoT cloud back-end as well as IoT edge technology in the Accelerator Quadrant of Crisp Vendor Universe“, Stefan Ried, Principal Analyst and IoT Practice Lead at Crisp Research, said. “While SAP is only one of many edge technologies, SAP Leonardo IoT with cloud services was able to make the Top 5 with its open concept.“

From Big Data to Industry 4.0

Naturally, SAP’s IoT is more than the Internet of Things with its thousand sensors in CNC machines. This required diversity is still a challenge for SAP, and it is unclear if SAP will be able to tackle this task.

As a part of the digital innovation system Leonardo, the IoT solutions use Big Data and analytical functionalities to connect humans, things and companies through a SAP Cloud Platform and to be able to use technologies like Machine Learning. This makes it possible to put strategies regarding IoT and Industry 4.0 into practice in the areas of logistics, production and asset management.

As head of the Internet of Things Competence Center for Germany, Austria and Switzerland, Oliver Edinger regularly writes about possible applications, business benefits, trends and challenges of IoT. He says, “Many companies are still hesitating to realize projects concerning the Internet of Things. They get lost in technological considerations instead of focusing on the most important part: to quickly maximize business value with reasonable effort. More courage is necessary.“

Oliver Edinger added that this is why companies often start an IoT project with a Proof of Concept to evaluate the technological feasibility. This approach is misguided, however: The base technology is so advanced nowadays that it is not a limiting factor anymore. This is not something you have to lose sleep over. The more important question is what economic value an IoT project can generate.

Proof of Value and practical application

From his job experience, Oliver Edinger knows that the economic value of an IoT project cannot be evaluated at an office desk or in a lab environment. It has to be put into practice for a Proof of Value.

What is more, IoT projects are not a one-man job. They require cooperation in various sectors. Consequently, companies not only need an IoT platform, but also a suitable sensor system to collect data. They need to retrofit legacy machines and an analytics solution. Moreover, they need someone to provide the infrastructure for data transmission.

A single manufacturer or service provider cannot do all of those things. What is needed is more of a network of competent partners. SAP is trying to establish this network with Leonardo, but a viable community is missing. SAP will not be able to do it on its own.

For Oliver Edinger, one thing is for certain: making mistakes is part of the process. “Like every new product, an innovation based on IoT can fail as well“, he says. “However, companies should not make the mistake of abandoning a failed project altogether. These experiences are valuable for the future.“

Edinger adds, “I recommend to build up a portfolio of IoT use cases in different areas – like service, logistics, new products, manufacturing – and experiment with all sorts of new approaches“, he adds. “Only companies who dare to make mistakes can profit from innovation. The important thing is to make mistakes quickly and correct them in the same manner. Companies have to get braver regarding IoT projects if they want to leverage the potential of IoT to their advantage.“

Almost no other industry has to tackle as many technological challenges as retail. On the one hand, important market shares have been lost to online trade in the past. On the other hand, online businesses now want to establish themselves in the traditional market.

With IoT Boxx, SAP partner Allgeier wants to demonstrate how a solution for those challenges could look like for the European market. The technological framework of IoT Boxx mainly consists of two things. One, the processes of material management are realized with the help of S/4Hana and SAP CAR systems. Two, the connection of the sensors and the Machine Learning Applications is made possible by Leonardo services in the SAP Cloud Platform.

Additionally, a lot of on-premise and cloud systems are involved: from Hybris Commerce and Hybris Marketing to SAP Data Hub and SAP Analytics Cloud. Consequently, a hybrid system landscape, developed together with Huawei, is the result. It shows what the implementation of a future store concept in a SAP environment could look like.

This concept is based on the Amazon Go Store in Seattle which offers product identification through cameras and direct payment through its app. Through facial recognition, picked products are assigned to customers.

This year, the analysts of PAC published a study concerning IoT platforms in Europe. PAC examined over 120 platforms and evaluated 43 of them in seven segments. In all segments, only twelve providers were able to get a “Best in Class“ rating: AWS, Bosch Software Innovations, Fiware, GE Digital, Harman, IBM, Itron, Microsoft, PTC, SAP, Siemens and Software AG.

“The market for IoT platforms is highly complex and dynamic“, Arnold Vogt, Consultant and IoT Analyst at CXP, explains. “We are observing the creation of new market segments as well as the repositioning of some providers. While we are seeing a beginning consolidation in some market segments, the number of providers in other areas is almost exploding.“