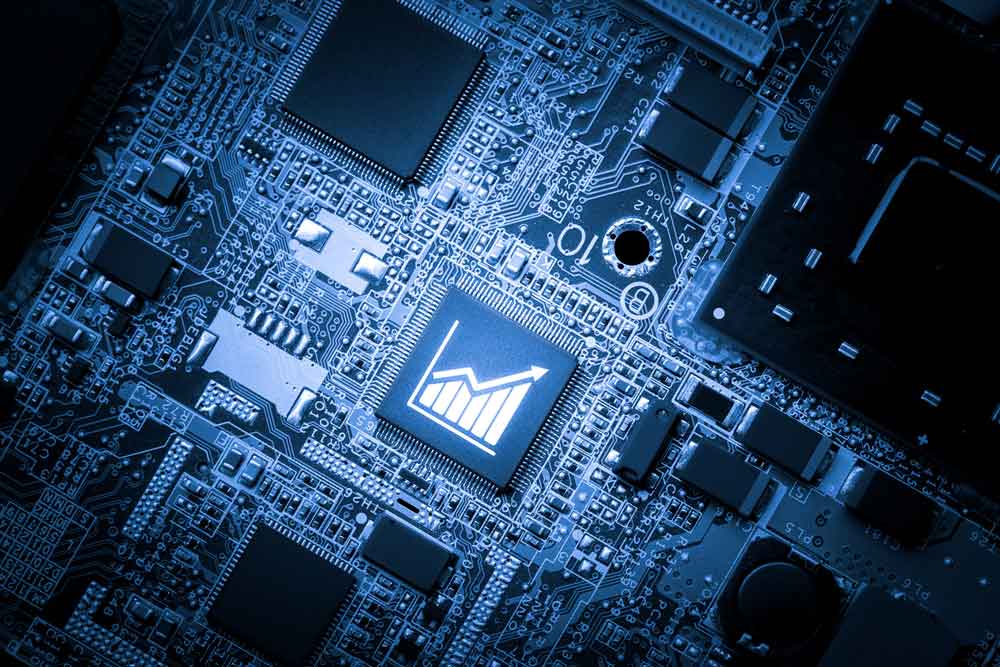 Big data, cloud, BYOD – IT is the basis in the data processing centres for many trending topics. Supporting business operations is the driving concept very much in the spirit of “Business Defined IT.” The underlying foundation may not be ignored, however: memory, network and computers.

First, the computing power of ever more powerful processors made possible innovative IT concepts. Since then, Hitachi has used Intel’s Ivy Bridge technology for its successful Compute Blades. For a long time, Hitachi Compute Blades were the insider’s tip in Europe. So successfully has the server family dominated the Japanese market: outside this Asian powerhouse, the manufacturer restricted distribution for a long time.

Since 2012, however, these times are long a thing of the past: At that time, Hitachi Data Systems introduced the Unified Compute Platform (UCP), a so-called convergent infrastructure, which combines memory, network components and the x86 server under a uniform operating interface. Since then, Hitachi Compute Blades have been used for the computing area, although the servers are also available in stand-alone versions. UCP and thus the Compute Blades are primarily found in larger data processing centres since they not only offer performance but also availability at an enterprise level.

In particular, they support the application in environments, where high performance, large amounts of RAM and high failsafe security are called for – for instance for virtualisation and high-performance computing in finance or research and technology, also in the areas of business intelligence, ERP, CRM, big data, databases, and especially SAP Hana.

A classic application area for the Hitachi UCP for SAP Hana is an environment with data, where its fast evaluation, such as for reports and analyses, makes possible massive time-savings and competitive advantages. The basis for computing power is Intel’s Ivy Bridge series, which finds application in the Hitachi Compute Blades.

The current processor generation in the Hitachi Compute Blades is the Ivy Bridge E7 8800 V2. The predecessor had been offered by Intel since April 2011; in 2013, the change to the reworked variation took place. Two to eight CPUs are used in the Hitachi servers. Storage can be expanded from 512 GB to 6 terabytes per Blade depending on the configuration level. The smallest variation also contains 24 disks each with 600 GB as well as 16 SSD log disks; the largest system scales up to 48 disks of 600 GB each and also 16 fast flash disks.

All systems have in common raid levels: Raid 6 for the disks and Raid 10 for the log disks. With this, the servers offer the right option with the UCPs for every application case. So far, so good! But what happens when the defined purpose changes after procurement? Flexibility in IT is often a problem. This is in the nature of the architectures, which frequently require locked-down settings at the time of installation, and these cannot be changed anymore.

In the face of this challenge, work has been on-going in this area for some time. For example, storage: Since the introduction of thin-provisioning technology, it is possible to equip LUNs with less capacity at commissioning than was actually specified. In this way, for example, procurement costs can be distributed over the period of use and the scaling effect exploited with the disk prices.

Scalability by Growth as Well

The idea is to transfer these advantages to other IT areas – lowering CapEx costs is a relevant topic not only for storage. For this reason, HDS stressed that the Compute Blade servers are designed in a way that the environment can easily grow with the requirements and at a reasonable price. In concrete terms, this means that an increase in performance simply means installing additional blades in the available UCP without migration and without major downtime.

Such a scenario is interesting precisely for companies, which are just at the beginning of their SAP Hana activity, for example, or suddenly go through a rapid growth phase. For Alvin Lim, senior vice president, Information Technology, Asia Capital Reinsurance Group, the combination of SAP Hana and Hitachi UCP delivered the necessary computer and storage performance and the highest throughput to be able to make fast and reliable business decisions:

“Because delays between processes and analyses now are far fewer, we get to look at all relevant information in close to real time.” Besides scalability in and of itself, the question of expense needs to be looked at. As already mentioned, the increase in technical workload is low. On the costs side, this approach has other bonus points in the licensing costs. For this type of construct, expensive post-licencing is avoided, since the system itself is not touched. Beyond this, the danger of under-licencing is also avoided. In this area, the HDS concept is guaranteed to be spot on.

Hitachi Data Systems has succeeded in creating an architecture using the x86 blade servers and UCP, which has robust performance and is cost-efficient at the same time. Numerous users confirm the added value of the solution and the results, which it delivers when working with SAP Hana. Elena Raskita, SAP consultant BI, said: “Since the Hana platform has been in our program, reporting has become five times faster. We were able to reduce the amount of information saved by a factor of three. This is a very good result.” This is revealed through a consistent support of business operations through IT – IT-business alignment the way it should be.