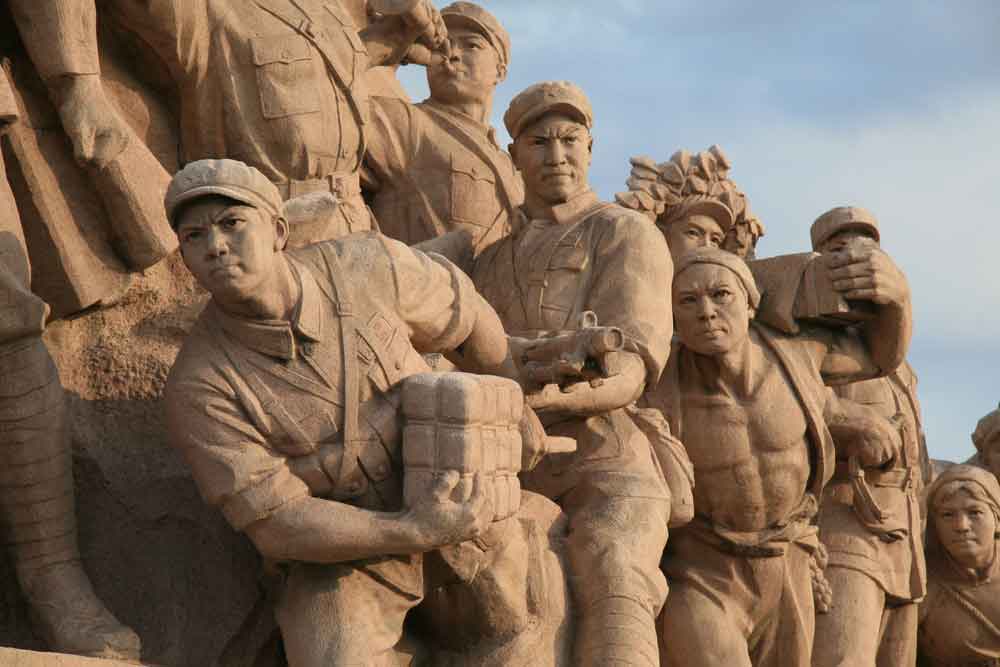 Hasso Plattner saw it in California at Apple, Google, Amazon and Salesforce: cloud computing is the future! Now his fear is that SAP will no longer exist in a few years if Bill McDermott and Luka Mucic do not drive the ERP group towards the ꞌcloudꞌ.

American journalist Lincoln Steffens (1866-1936) visited the then Soviet Union between 1919 and 1921. His euphoric report on Marxism-Leninism was “I have seen the future and it works.”

Did Hasso Plattner feel the same way in Silicon Valley, seeing all the majestic temples of Apple, Facebook and Google? Does Plattner see these cloud-based business models as the future?

For Lincoln Steffens, the ꞌkolchoziꞌ – the Sovietsꞌ large-scale farming enterprises – were the promised land, the glorious future. Historical developments turned out differently.

It’s about distinguishing between technical feasibility, fashions in business, and sustainability. SAP has interesting cloud solutions but not everything that can be done technically makes sense commercially.

SAP is now paying an extremely high price for pursuing the fashion trend called ꞌcloud computingꞌ – new megatrends will come and then, if there is no strategy, a new discussion will begin.

SAP will fail with cloud computing because, by the nature of things, other IT firms are faster, more agile, slimmer or bigger – watch out for scale as a factor!

But this doesn’t mean that SAP software is unsuitable for cloud computing. Among a lot of cloud providers, there are successful installations of ERP/ECC 6.0 Business Suite 7.

Yet hardly anyone wants to go into the Hana Enterprise Cloud. SAP has little reward for years of efforts and investments. It has placed itself into comparison and competition with Google, Amazon and Microsoft.

These companiesꞌ relative sizes mean that this can only end badly for SAP. At the other end of the cloud scale lurks another danger. Siemens, Bosch, Atos and others are building up specialised industry clouds for IoT and M2M.

These Indus­try 4.0 clouds won’t start up a price battle with SAP’s cloud offering. Yet they are more specialized than HEC and SCP. This probably makes them better suited to the digital transformation.

SAP ought to know this, having Hybris as a similarly highly specialized, successful product. Ariba, Concur and SuccessFactors are satisfying SAP’s desire for quantitative cloud-growth. However, an insanely high price is being paid for this.

SAP seems to be blind. In making a great leap forward, SAP aims to establish not only cloud computing by 2020, but also S/4 and Hana by 2025. ꞌThe Great Leap Forwardꞌ was the name for a campaign between 1958 and 1961, launched by Mao Zedong.

This campaign aimed at levelling out the three great differences – beween country and city, between mental work and manual work, and between industry and agriculture.

This would eliminate the gap between China and the Western industrial powers.

SAP’s project seems similar. It is about eliminating the differences between on-premise and on-demand, between licenses and subscription, and also between software models (including changes of version) and app development (ꞌcontinuous improvementꞌ).

As SAP sees it, the future is reduced to Hana, S/4 and cloud computing – not a lot if you think about how heterogeneous the global SAP community is and how SAP customersꞌ wishes diverge.

Twice, the project of standardization and of forcing all elements into line failed; once in the Soviet Union’s ꞌkolkhoziꞌ and once in Mao Zedong’s Great Leap Forward. In 1961 in China, the Great Leap Forward was ended after it had obviously failed.