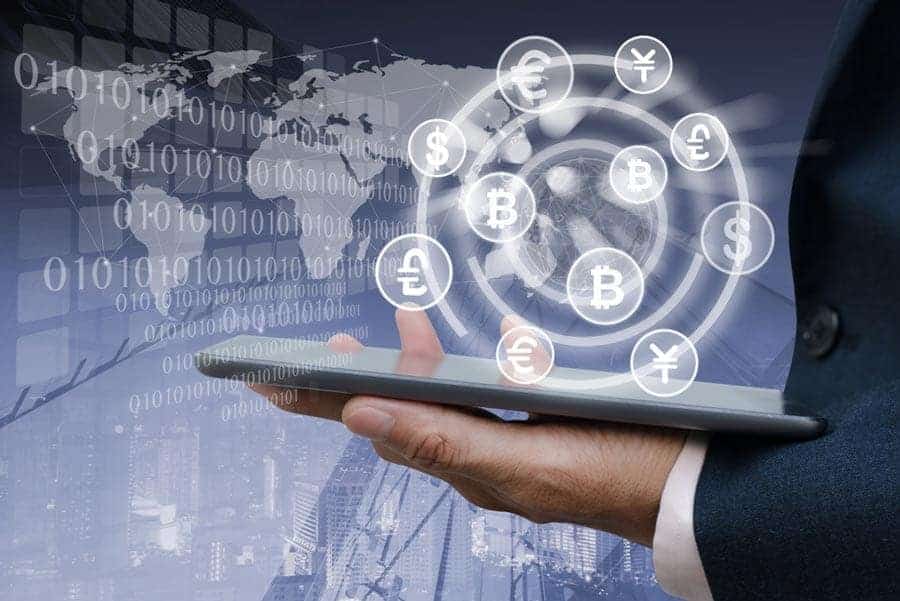 Almost no other technology has attracted as much attention as blockchain in the past few years. It started with the success of cryptocurrencies, but now more and more companies outside of the financial industry are looking into possible applications of this highly encrypted and secure data base technology.

Can the blockchain technology be explained in a few words? “An adequate explanation needs a bit more words, I’m afraid“, answered Steffen Joswig, CEO of Camelot Innovative Technologies Lab. “A blockchain is an interlinked list in which every entry, called block, can consist of one or more data records. The interlinking is made possible through cryptographic finger prints, so-called hash functions. Every hash function is created out of all the data records in a block. The hash function is preserved in the preceding and successive block. Blocks are therefore unchangeably linked with each other, like a chain.“

Blockchain is a data base system dispersed over many nodes of the same network – like the Internet. It’s protected from manipulation through strong cryptography. The network in which the data is interlinked and encrypted has even more advantages than just security. For example, data transactions are possible without a middleman – and are forgery-proof!

Blockchain could fundamentally change how market participants conduct transactions with each other – consequently turning whole branches of industries inside out.

Whether it is in the area of logistics and manufacturing or in the energy sector, numerous companies are already testing the limits of blockchain. From exchange of electricity between neighbors to transparent and traceable supply chains – the possibilities are manifold.

Blockchain is a digital data record which saves a list of transactions (blocks). They are supported by a cryptographic figure, author of GlobalSign Ved Prakash explains in a press release.

The marketing expert specializing in IT sales and distribution management says, “Each block contains a connection to the previous block, a time stamp and data concerning the transactions it represents. Blocks are unchangeable. Once created, they cannot be altered in any way. This creates trust between all the parties of a blockchain. Because nobody can change a block after its creation, everyone involved can be sure that the data within is still valid at a later time.“

Ved Prakash adds, “The concept of blockchain is nothing new and has existed since 1991. Blockchains like we know them today were created by Bitcoin maker Satoshi Nakamoto and serve as an account book of the currency. Blockchains consist of Proofs of Work – data which can verify the content of a block. Proofs of Work are generated individually for every block based on its contents. It’s not easy to create them and it is extremely hard to manipulate them. They basically guarantee that a block is not duplicated or modified.“

The demand for blockchain is growing in many industries. However, numerous organizations who are working on implementing the technology lack the required resources and know-how. Here, SAP is trying to establish itself with Leonardo, but it has not got the experience or the needed flow just yet.

For example, IBM worked several years to make blockchain ready for commercial use and gained experience in over one hundred customer projects. Based on those experiences, the IBM Blockchain Platform was introduced for companies of all industries roughly one year ago.

The key to the Smart Factory

More than 80 percent of industry managers in Germany want to concentrate their Industry 4.0 investments on IT security to develop the Smart Factory of the future and master digital transformation. At the same time, 71 percent of German managers, together with partners of their value chain, want to invest in cooperative platform technology until 2020.

“A secure Industry 4.0 network is the key for the realization of digital transformation in the manufacturing industry“, Martin Rainer, Manufacturing Industry Leader at DXC Technology, said. “Together with security experts, we developed a decentralized Industry 4.0 platform on which the interactions between humans, machines and companies is secured through blockchain technology.“ In the course of its Industry 4.0 survey, DXC Technology asked a representative sample of 100 decision-makers specializing in digital transformation in Germany.

During a presentation in Zurich this summer, Christian Katz, president of the administrative board of Swiss Crypto Exchange (SCX), said, “Blockchain-based transactions, Smart Contracts and many more similar innovations will become more important over the next years. A clear, transparent and regulated base is necessary for blockchain transactions to become a part of the normalized market and gain the trust of the masses. SCX sees itself as something of a catalyst and wants to contribute to a new and better creation of value for all market participants through a SRO-regulated platform for global transactions.“

Blockchain as a Service

Customers can ask for help with the introduction of products for the manufacturing and logistics chain which are elevated by blockchain technology. It guarantees higher transparency and security and better collaboration in industries like the transport, food and pharmaceutical industry.

The participating companies come from different countries and from different industries, including telecommunications, retail, logistics, agriculture and defense. This diversity is testimony to the high acceptance of blockchain.

“Deutsche Telekom sees great potential for blockchain technology in telecommunications“, Hartmut Mueller, SVP and Head of Business Solutions at Deutsche Telekom IT, said. “Our collaboration with SAP will accelerate digitization.“

Blockchain is ever-present in almost every industry. For example, SAP Advanced Track and Trace for Pharmaceuticals supports pharma companies in complying with provisions for the protection against drug forgery. The solution also simplifies the collaboration with supply chain partners in connection with SAP Information Collaboration Hub for Life Sciences.

In combination with these offers, blockchain technology has the potential to meet the requirements for the verification of customers‘ returns in accordance with US laws.

IBM and Danish SAP customer Maersk have presented the blockchain solution TradeLens: a jointly developed application for the global trade and the worldwide shipping industry. The solution addresses a lot of manual, cost-inefficient processes which impact global freight transport and supply chains. The goal is to create higher transparency and efficiency.

The World Economic Forum estimates that, through the elimination of barriers in international supply chains, the global trade could grow 15 percent. 94 organizations in these industries have already decided to use TradeLens, including forwarders, ports, custom authorities, banks and logistics service providers.

Based on IBM Blockchain, TradeLens offers an information platform for shipping details, documents, customs declarations and IoT data. Users can access this information in real time and work together securely and efficiently. They are able to use IoT and sensor data, for example for controlling the temperature or weighing containers.

The trade of the future

GlobalSign author Ved Prakash expects that, until 2025, 10 percent of the global gross domestic product (GDP) will be generated by blockchain technology. Financial institutions all over the world are experimenting with blockchain as a platform for the trade of the future.

For example, Mastercard already introduced its own blockchain technology for payment processing. Justin Pinkham, who heads the blockchain initiative of Mastercard, sees blockchain as a solution for securing and supervising the transport of pharmaceuticals, luxury goods and even diamonds.

First used with cryptocurrencies like Bitcoin, the blockchain technology will not only fundamentally change e-commerce, but also hundreds of other industries.

Development Versus QA: Ending The Battle With Automation