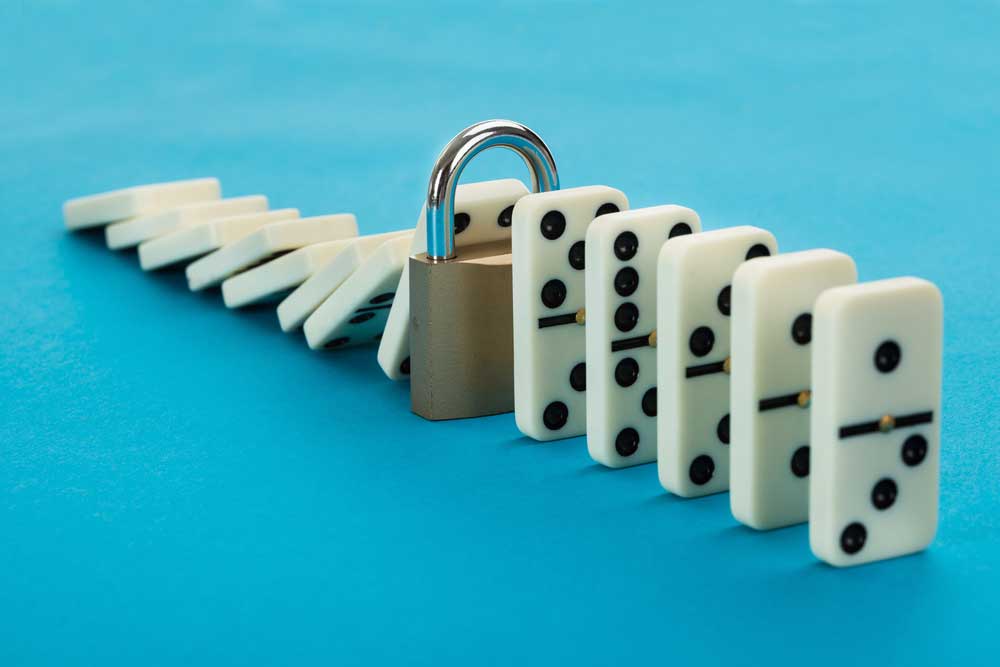 As blockchain grows in influence and organizations begin to evaluate cloud-based production environments for their first blockchain projects, they are exploring ways to maximize the security and compliance of the technology for business-critical applications.

The study also reports that the average cost incurred for each lost or stolen record containing sensitive and confidential information increased from $154 to $158. In addition to cost data, the global study puts the likelihood of a material data breach involving 10,000 lost or stolen records in the next 24 months at 26 percent.

The blockchain, originally created as the foundation for trading the digital currency bitcoin, is a distributed ledger that allows a network of computers to settle transactions almost instantly and with inherent security.

Working with a team at ATB Financial, SAP and Ripple designed and built a proof-of-concept prototype based on the technology in nine working days. It demonstrated how banks can improve the efficiency of cross-border payments to enhance their global networks and be competitive on the world stage.

The technology prototype connects SAP Hana Cloud Platform and the SAP Payment Engine application, which centralizes payment processing in one solution, with Ripple’s network. For the demonstration, SAP provided a mobile user interface through which the payment was executed.

Everledger is building a digital business network using IBM Blockchain to power its global certification system to track valuable items through the supply chain, helping to protect suppliers, buyers and shippers against theft, counterfeiting and other forms of corruption. The blockchain is used to demonstrate the origin of high-value goods such as diamonds, fine art and luxury goods.

“When you are in the business of provenance, secured records, access and transparency are everything. There is no compromise when it comes to security and one cannot underestimate the expertise required to enable this,” said Leanne Kemp, CEO and Founder of Everledger. “Having the opportunity to build, test, scale and refine Everledger on IBM Blockchain, underpinned by a security-rich infrastructure, is a game changer. It has accelerated our ability to move fast and deliver the most innovative solutions to our partners internationally and confidentially.”

ATB successfully transferred 1,000 Canadian Dollar to ReiseBank using a network built on SAP technology and Ripple’s pioneering network of enterprise blockchain solutions. The payment, which would typically have taken between two to six business days to process because of requirements such as settling with the counterparty bank and reconciling accounts, was completed in around 20 seconds.

“Although we are very much still in the early stages of blockchain adoption, it was highly encouraging to see in a true demonstration the potential it has in transforming cross-border payments, making them almost instantaneous and reducing potential errors,” said Curtis Stange, chief strategy and operations officer, ATB Financial. “Using Hana Cloud Platform, we’re able to experiment and be nimble with emerging innovations like blockchain. The next stage for us, working with SAP and Ripple, will be to understand how the front-end experience should work for the benefit of our customers,” he added.

“Banks like ATB that take a positive and proactive approach to blockchain now can position themselves advantageously for when the technology enters the mainstream,” said Bernd Leukert, Member of the Executive Board of SAP SE, Products & Innovation. “ATB’s blockchain transaction underscores the value of running a business on a full-fledged digital core so it can react quickly to emerging possibilities and avoid the threat of disruption.”

In 2011, ATB Financial successfully migrated its entire legacy banking system to a major new core system built using SAP solutions, making it one of the largest scopes of any single project in North American banking.

The system has streamlined ATB Financial’s business processes and provides analytical insight so the financial institution can deliver innovative products and services through a variety of distribution channels as customers demand.

“Blockchain will change the way we transfer high value goods, digital assets and financial instruments. To accelerate blockchain adoption, clients must trust the infrastructure and the system that blockchain is running on,” said Donna Dillenberger, IBM Fellow, Enterprise Solutions. “With IBM Blockchain, we are expanding access to the emerging technology — not only by making it easy to get up and running on the IBM Cloud, but also by using the most secure infrastructure.”