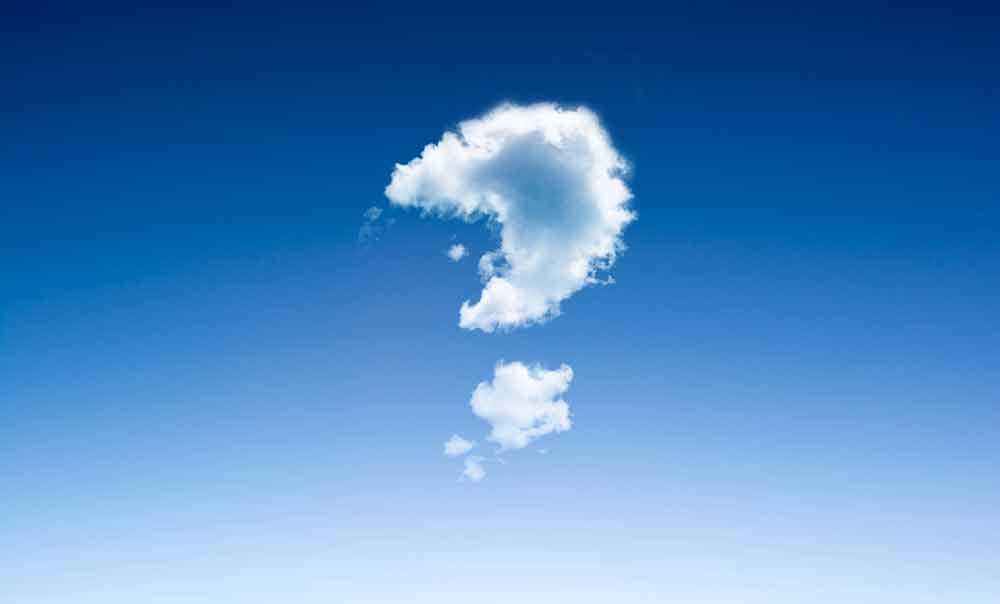 For years, companies have struggled to consolidate, virtualize and automate, but the days of traditional IT are coming to an end. SAP customers need flexible and highly automated IT infrastructure that allows them to ‘command their own airspace’. The answer lies in hyperconverged infrastructure from Lenovo and Nutanix. The complete special is available as a PDF at the bottom of the page.

In Stuttgart at the end of August 2016, a meeting took place to define the current status of digital transformation and to search for the best-possible IT infrastructure. Roland Goll and Jannes Driesch (both Lenovo), Alexander Thoma, Bas Raayman (both Nutanix) and Carlo Velten of Crisp Research were in attendance.

With the analyst, the representatives of Lenovo and Nutanix discussed the status and options for SAP customers willing to master digital transformation and simultaneously needing to consolidate their IT budget.

There was agreement on the need to react to new markets and business challenges quickly and efficiently. However, the required agility will hardly be attainable by
using old IT tools and a classic on-premise client/server architecture.

Likewise, all-encompassing use of cloud computing will not and cannot deal with these challenges. Roland Goll, Manager, Solution Sales / SAP Sales Central at Lenovo, put it in a nutshell, “In all instances the SAP customers must “retain command of their own airspace “, so to speak. “

Similarly, the analyst Carlo Velten, Crisp Research CEO, emphasizes this strategy which is of crucial importance to SAP customers’ survival, “Amid all transformations you always have to retain an element of independence – with your own SAP license and via infrastructure.“ What users thus need is to maintain control not only over their own IT infrastructure but also over their data- where is the data stored and who can process it?

The path to “automatic”

Carlo Velten emphasizes the value of the data and of its availability. Particularly in SAP applications, the retention of data and the control of IT infrastructure are more important than comprehensive mobile and cloud solutions.

In this regard, during the Lenovo/Nutanix discussion the analyst points out the path taken by Amazon, Google and other web giants, companies that have fully automated their own hardware-infrastructure via software, building their own hyperconverged infrastructure in the process.“ Hyperconvergence is the perfect path to automatic IT infrastructure“, as Carlo Velten defines it.

Obviously, using old IT structures will neither achieve the goals of digital transformation nor produce the necessary agility and scaling. However, the cloud is a solution only to a limited degree if customers follow the SAP roadmap and retain command of the aforementioned airspace.

What seems to be the logical answer here is hyperconverged infrastructure that not only protects the user’s own data in the datacenter but can also enter into productive connections with cloud services.

For the CIO responsible for SAP it is increasingly difficult to make forecasts regarding IT infrastructure and consequently robust budget plans. The planning work is made difficult by a bi-modal and agile IT, as well as by business processes intended to meet the digital-transformation challenge. Now more than ever, flexibility and scalability are what people need. Alexander Thoma, Senior Solutions and Performance Engineer at Nutanix, is convinced that the classic IT infrastructure lifecycle, based on the three-stage SAP client/ server model, has had its day.

“Time and time again, people have made IT forecasts spanning three to five years – and only in very few cases has this worked“, Thoma explains. “Only hyperconverged infrastructure brings the necessary flexibility into the datacenter, making it possible to modernize appropriately while continuing to function.“

His colleague Bas Raayman of Nutanix adds, “Hyperconverged infrastructure keeps the user at the leading edge. New technology on an economically viable basis can be introduced at any time.“

This also has positive effects on the budget, as Thoma and Raayman both emphasize. Because new components can be introduced at any time, application user do not spend anything before new resources are really needed.

The SAP community is aware of trends leading to the cloud, and hyperconverged infrastructure is a logical option, one that can connect the user’s datacenter,
or their managed services, with optional cloud services.

In Roland Goll’s view, the advantage of this hybrid and bi-modal technology can be found in its scalability. He explains: “With Lenovo and Nutanix technology, SAP customers can build up systems that breathe.“

For upsizing and downsizing, this flexibility appears to be particularly appealing and, in light of the market dynamics, also necessary. The participants in the discussion agreed however, that in any case an SAP customer needs to retain his control over the licenses and infrastructure. Lenovo’s Jannes Driesch emphasizes it as follows,

“Making the entry into hyperconverged infrastructure is simple and highly recommended because scaling is very easy and flexibility is very high.“ You start in a small-scale way – perhaps not with the production system straightaway – then you breathe, grow, and continue scaling.

Roland Goll raised the question of whether the Lenovo/Nutanix hyperconverged infrastructure now amounts to an evolution, a new paradigm or a revolution. Goll confirmed the observation, made at the outset, that the SAP community has done its homework – it has consolidated, harmonized, automated and virtualized. “On the other hand“, Goll points out, “ in the past, this homework involved considering storage, network and server individually.

The current added-value is that CPU, memory and storage now form one unit and it is only this central
consolidated unit that must be administered.“

For all SAP application users, this consolidation, automation and simplified administration opens up cycles for further innovation. Hyperconverged infrastructure can retain the experience and the insights from the past while adding scalability and agility to them.

Bas Raayman of Nutanix explains why, “The services – how we consume IT performance – have undergone major changes. Let’s take Hana as an example here. I consume the data, I process it in the moment when I really need it. It was impressively demonstrated at the Hasso Plattner Institute in Potsdam that each item of information can be used again as a starting point for new calculations, in real-time.”

He continues,”The whole database architecture has changed.  Users everywhere expect to be able to react directly and to obtain information directly – so the technology had to change at its foundation.“ For the end-user, changes are perhaps not so big, because the consumer is used to real-time communication, thanks to their own smartphone.

Accordingly, the challenges are found in the business processes. A new IT architecture is needed for the SAP roadmap but this should not automatically equate to a path heading straight into the cloud.

Alexander Thoma can see the required changes, so in the Lenovo/Nutanix discussion he poses the rhetorical question: Why were these changes made? Why have SAP customers started to virtualize? “It’s about improving availability“, is his answer to the discussion group.

Digital transformation also means 24/7 availability in global markets. This agile, dynamic and flexible 24/7 concept traditionally comes at the cost of increased IT complexity. It is no trivial task to keep a traditional SAP client/server architecture online, around the clock and 365 days per year.

The classic R/3 infrastructure, consisting of server, storage and network was not prepared to match requirements like that. Lenovo and Nutanix both confirm that many are battling against the ‘new’ complexity.

Thoma says, “That is why hyperconverged infrastructure developed. For the CIO, we massively reduce the complexity on the surface and reduced complexity means less risk which is always a good thing.“ Nutanix sees its solution, offered jointly with Lenovo, as an invisible enterprise-cloud platform.